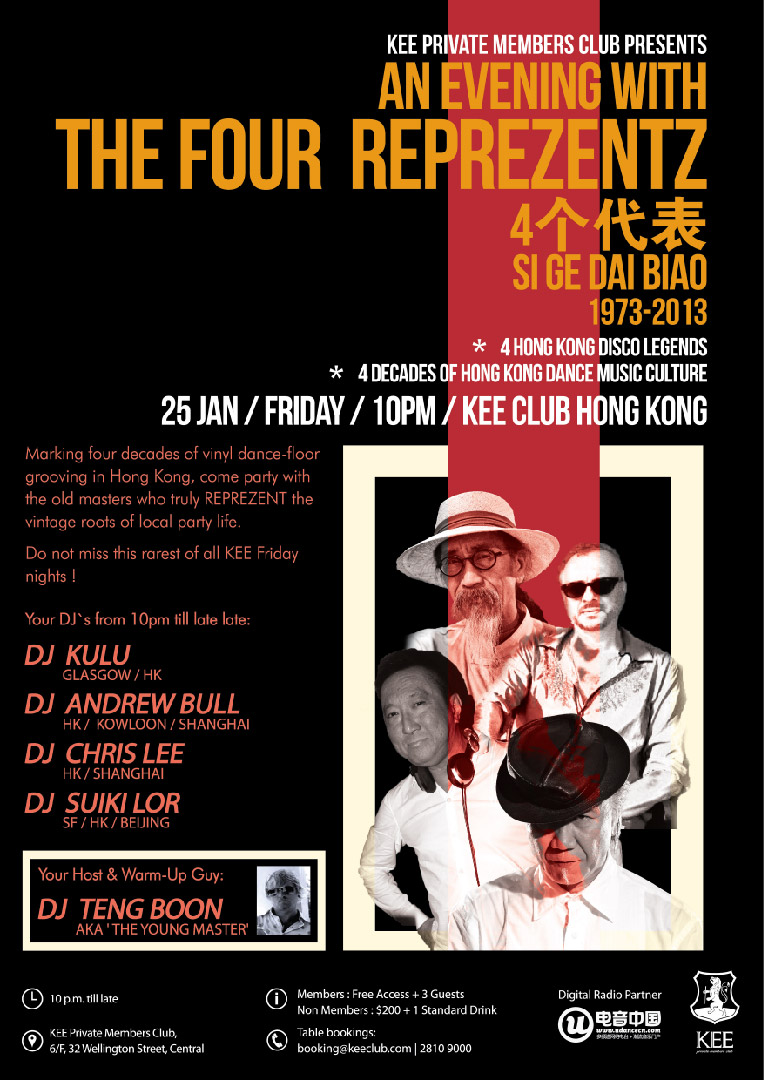 As a resident at one of HK's first real discotheques in the early 80's, Disco Disco, Andrew Bull went on to partner the iconic Canton disco. From there, his massive DJ events through the 90's truly put HK on the dance music map. Now in Shanghai, his groundbreaking UDance radio and party network provides a platform for the next generation of DJ's.

Leading the house music explosion in the early 90's was Chris Lee, with residencies at Lan Kwai Fong's infamous Soho and Club 97. He then pioneered the club scene in Shanghai with DD's, and since then has been a key part of almost every major club in Shanghai since, as well as a shining example for the onslaught of eager new DJ's on the mainland.

Through his talented gift as a world-renowned and award-winning hair stylist, Suiki Lor brought his experience as a leading DJ in San Francisco to HK, where he was a leader in tying the growing club culture to HK's young but dynamic fashion scene. He did the same in Macau with the iconic Signal Café. Today, that influence extends to Beijing, where his thriving salon and hair school go hand-in-hand with his highly sought-after DJ sets.

After decades of leading Edinburgh's jazz scene, Kulu took HK by storm, creating a whole new club culture of DJ's and live musicians. His unique style and charm make him a media darling, creating positive exposure for his high quality and music-oriented club sound, and the extremely talented group of DJ's he has godfathered continue to influence every major club in HK today.