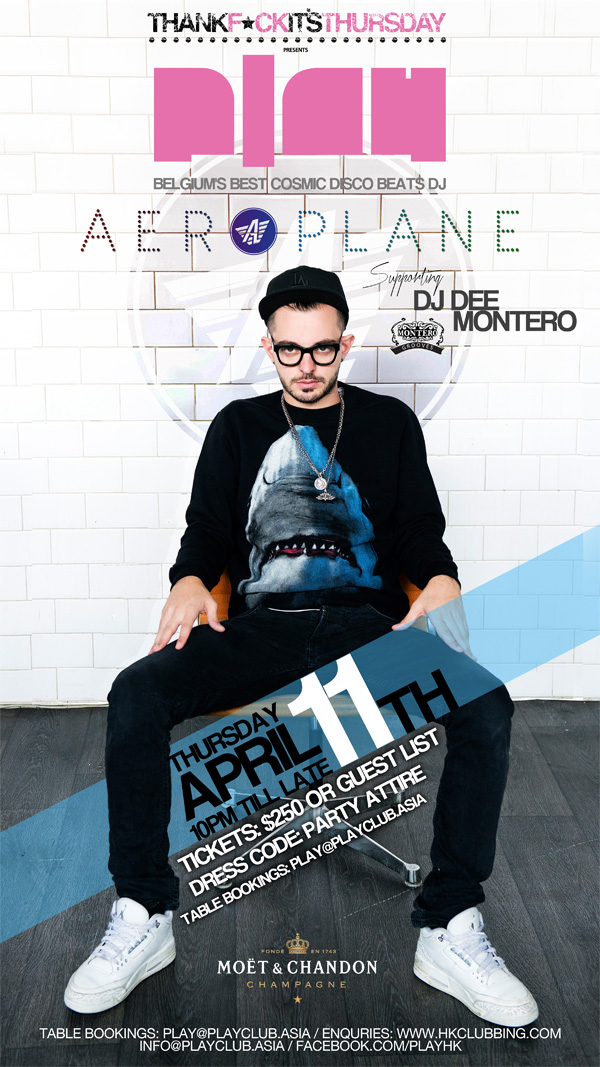 Mark your calendars Hong Kongers! On April 11, Thursday from 10pm till because PLAY has something in store for you! Prepare yourself for DJ Aeroplane straight from Belgium. His spacious cosmic disco beats are guaranteed to blow you away on the dance floor.
In just a few years, Vito De Luca, the Italian-Belgian producer behind Aeroplane, has established himself as party-starting DJ, remixer du jour – with his spacious cosmic-disco remakes of Grace Jones (William’s Blood), Friendly Fires (Paris) and Sebastien Tellier (Kilometer) and, via his own keyboards riff-based melancholic beauties like Caramellas or My Enemy, leader of the nu-disco and Balearica scene.

As a DJ, Aeroplane has never been at the mercy of traditional bpms, and being free of “the dance floor pressure” has given Vito additional license to slow things down and look around, finding the perfect blend between club music, pop hooks, and spaced-out soundscapes. Making your ass shake more than your fist pump, as his first “In Flight Entertainment” 100% exclusive compilation demonstrates.

The start of Vito’s own label Aeropop will see many collaborations with big names and a fresh, exciting, variety of music come out, allowing Vito to flex his classically trained musical muscles in all directions, just like his touring schedule.
For more information visit www.aeroplanemusic.be