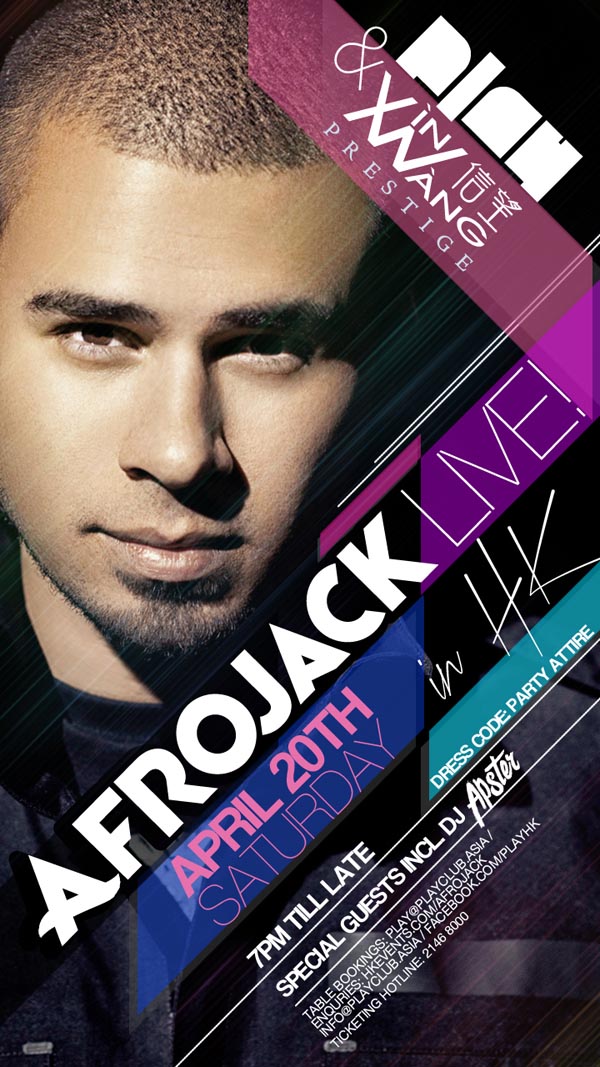 The two time Grammy winning artist, along with his supporting DJ, DJ Apster, Afrojack will be spinning at PLAY on Saturday, April 20th in conjunction with Xin Wang Prestige. Nick van de Wall more commonly known as Afrojack, became a multi-award winning and platinum-selling producer and has sky -rocketed into being one of the top DJ’s in the span of just 2 years!

Afrojack has become one of electronic dance music’s major icons. His first international hit began in 2011 “Take Over Control” went platinum in USA. Due to its phenomenal success, it has helped him with his own record company-Wall Recordings.
After the success of “Take Over Control”, Afrojack teamed up with David Guetta in co-writing and producing the international sensation “Titanium”. At the same year of 2011, he also worked with Pitbull and Ne-Yo for the song “Give Me Everything” which has now sold over 5 million.

Along with Afrojack, DJ Apster, will also be spinning at PLAY. Abdesamad Ben Abdelaouid, known as DJ Apster, has released his music on various labels such as Spinnin Records, Wall Recordings (Afrojack’s label) and Dim Mak of Steve Aoki. Not only has he released records from famous labels but also created remixes for Laidback Luke, Sidney Samson, the Bingo Players and Hardwell. For the past year, Apster has been working with Afrojack and particularly on the production side.

Mark your calendars for Saturday, April 20th as a must-not-miss event at PLAY. Don’t miss this chance to get up close and personal and party all night long and dance to the music of Afrojack!

There will be limited tickets for this exclusive event, advance purchase is strongly recommended.