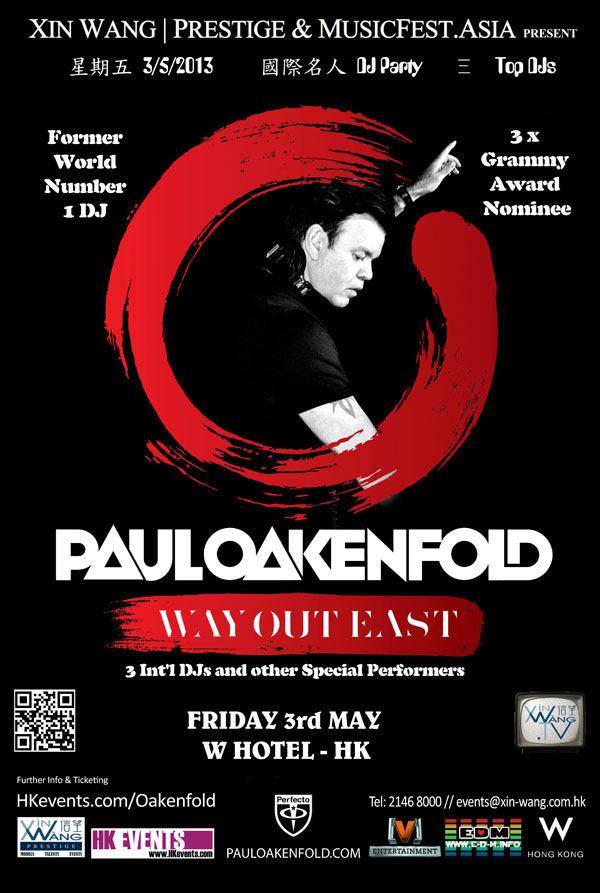 This EDM legend is clearly a household name...  A founder and pioneer of Dance Music, Paul has both worked with / remixed songs for artists including fellow legends the Rolling Stones, Madonna, Snoop Dogg, Britney Spears, Cher, U2, Radiohead, Justin Timberlake, Michael Jackson and dozens more fellow superstars.  Several months ago Paul released his mix of Bruno Mars' latest track, Locked Out Of Heaven.  Paul remains one of the leading forces in the Global music scene today.
Paul is also the first DJ to have performed live at very special high profile events from the Great Wall of China to two sold out dates playing at the Hollywood Bowl with 30,000 fans.  He is also a leading Producer of Hollywood movie tracks, including, the Transformers, Matrix, Pirates of the Caribbean, Shrek 2, The Bourne Identity, and many others.  Paul's status and profile in America have grown into something of a phenomenon with the recent achievement of highest selling DJ compilation ever released in US history - with over half a million sales.

Among an infinite list of achievements, Paul was honored by Queen Elizabeth in 2003 for being a ‘Pioneer of Dance Music’ and for his Contribution to Contemporary Music.

Appropriately themed around Ibiza, as May marks the start of Summer.  Paul will perform a several hours live set, with the best of House, Progressive and Trance!  Hot off the heels of being the Main Official DJ for Madonna's Global MDNA Tour 2012, this exclusive event at the W is one not to be missed!