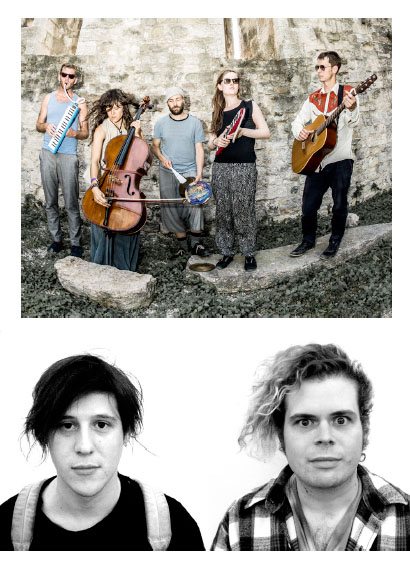 Some things are just written in the stars. Your Mum presenting Múm just had
to be. The second in the series of double headers which Your Mum jointly
produces with Hostess Club from Japan (the first was the sold out Dirty
Projectors + Ra Ra Riot show) June 12th sees both Múm and Wavves
make their HK debuts at KITEC's Music Zone.

Experimental Icelanders Múm have a sound characterised by soft vocals,
electronic glitch and effects, and an array of traditional and
unconventional instruments. Alongside Sigur Ros, Bjork, Olafur Arnalds
and Of Monsters And Men, Múm continue to push Iceland's reputation for
producing stellar artists that are both edgy, accessible and so damn
captivating.

Wavves are an American surf pop/noise rock act fronted by the inimitable
Nathan Williams. Darlings with the likes of Pitchfork and NME, they meld
Nirvana and Pixies influences creating one of the most exciting acts currently
around. Watch this space, you will definitely be hearing more of Wavves in the
coming months.
So mark your diaries for June 12th, and get your tickets early, should be a
busy one!