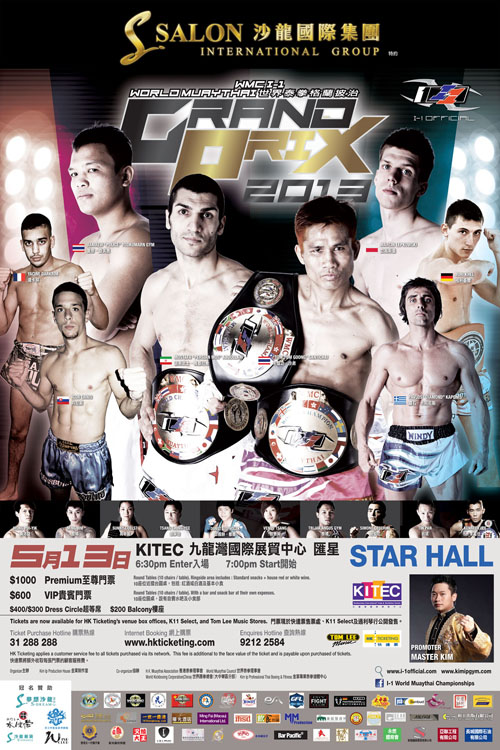 WMC I-1 World Muaythai Grand Prix 2013 will be held in Hong Kong International Trade & Exhibition Centre (Star Hall) on 13 May 2013.

The 4 champions from 4 different countries competing for the 67 kg Super-4 are:

Pavlos Kaponis (a.k.a. “Diamond) from Greece, 4-time Greek Champion, WMC Southern European Champion and Winner of “No Limits”; and

The 4 champions from 4 different countries competing for the 72 kg Super-4 are:

Jamaew Phupanmuang (Thailand), a.k.a. “The Police”, former champion of major stadiums in Thailand;

On the card as Super Fights:

“I-1” is the ONLY Muaythai brand name in Hong Kong you can trust!!!