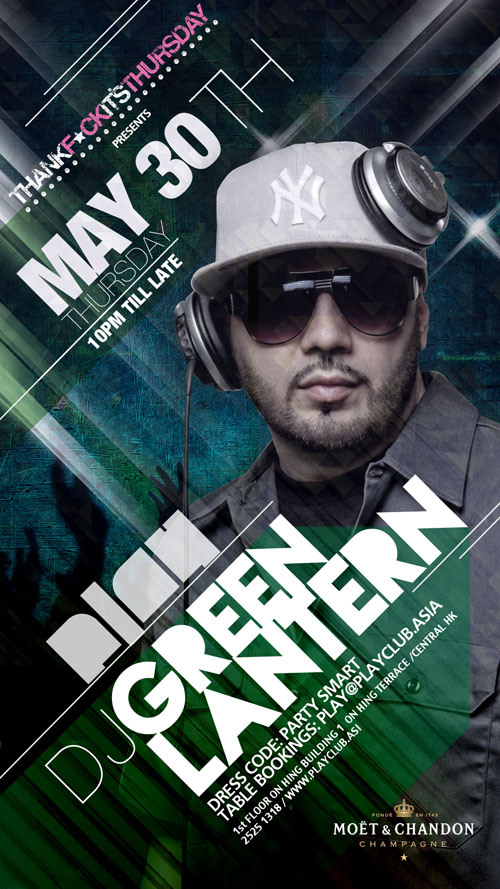 Eminem's & Jay-Z's tour DJ, GREEN LANTERN is coming to PLAY to blow your mind away!

The hip hop and R&B sensation has played everywhere from Conneticut to Japan to all around Europe to becoming Eminem's tour DJ on 'Anger Management' tour.

The DJ and producer, has captured the attention of many artists; DJ Green Lantern has DJed for Jay-Z's first international tour in 2006 and even produced the soundtrack for the fourth installment of Grand Theft Auto featuring Busta Rhymes, Fabolous, Jim Jones and Clipse.

Here's your chance to see an upcoming star that you will surely be seeing everywhere over the next few years. Don't miss out!