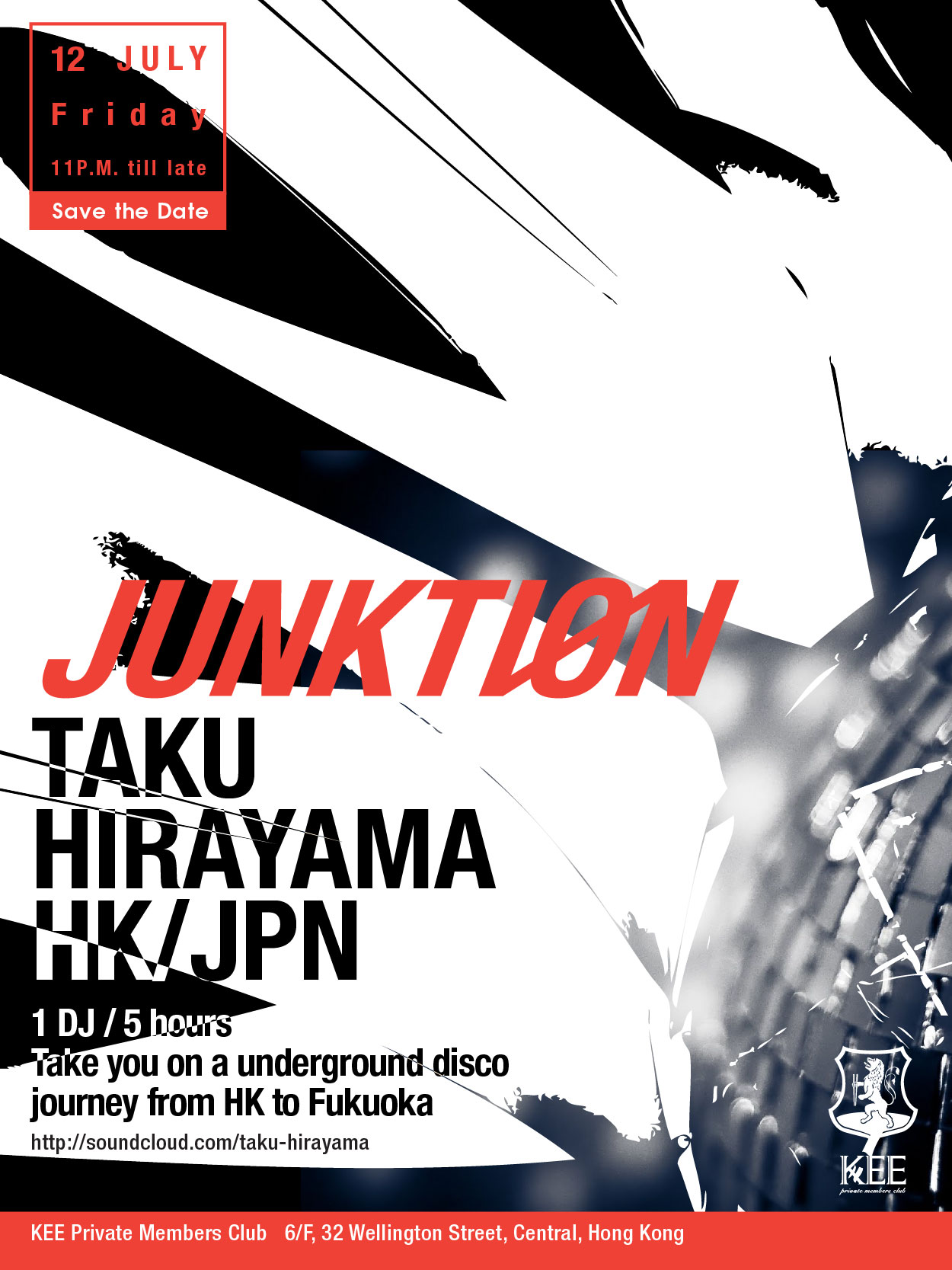 Name of night: Junktion
DJs: Taku Hirayama
Date: Fri, 12 July
Time: 23:00 – 04:00
Venue: Kee Club
Contact details for tickets: http://keeclub.com/hongkong/index.php/registration
Short description of the night, including genres of music to expect: -
After several sessions, now JUNKTION is having their own DJ TAKU HIRAYAMA for exclusive 5hours long set. Open-to-Last, he's gonna build up diverse quality dance music.
Ranging from chillout, balearic, alternative disco, nu-disco, deep house with some twisted selection which is never stuck with a genre of music but various taste of organic / electronic, funky / hypnotic, old / new, original / edit.
There will be a JUNKTION with dancefloor and soundsystem, people dance and crossing by as usual. See you all ...on the next corner.
- DJ TAKU HIRAYAMA -
After stepped into the 90's club scene in Fukuoka, south-west region in Japan, Taku Hirayama has been on decks since 2000. Relocated himself to Hong Kong in 2006 and has played at most of everywhere in city until 2010. Back to home in Japan and spent for a few years with homies and underground dance music party.
In this past few years, he's played with various international DJs like Prins Thomas, Rub N Tug, DJ Cosmo, Tiago, Ame, Edit-Select, Surgeon, DJ Muro, grooveman Spot.
In 2012, traveled around SE Asia after seeing total solar eclipse in Australia, decided to come back to HK once again.
Started phase2 with mixing up underground disco, house and techno as well as diverse quality music to create deep and hopeful atmosphere on dancefloor.