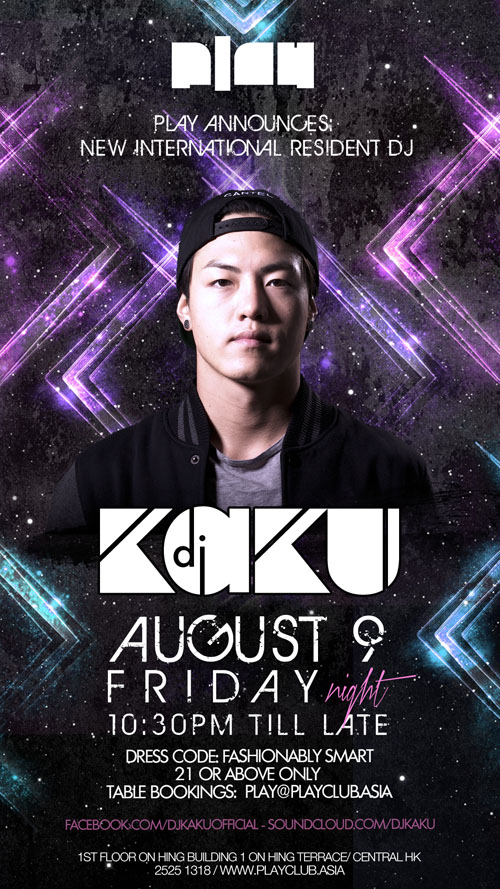 The popularity of his 'Roll Up Smoke Up' Mixtape series has allowed him to mix perform all around the glove!

Japanese born, California raised, DJ KAKU has roots in hip-hop and began his venture into the EDM world 6 years ago building reputation along the way as being one of the best DJs in the Bay Area. In 2010, KAKU was invited to Taipei, as he took up residency at Taipei's number 1 club, SPARK 101 and Marquee Taipei shortly after.

His unique style and signature Big Room Sounds are quickly making him one of the premiere DJ's in Asia as well as scoring him the position of playing alongside some of EDM's biggest names such as Bassjackers, Sidney Samson and Headhunterz.

Prepare for Mayhem on August as KAKU takes on the decks! You don't want to miss out!