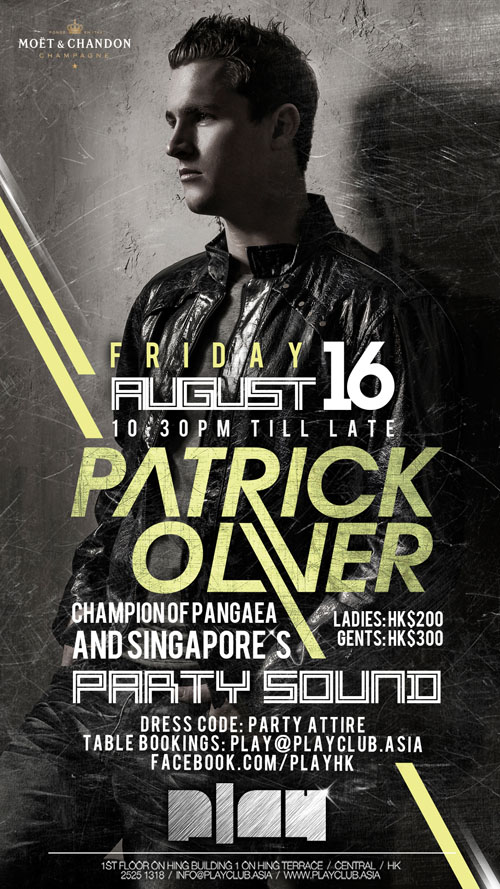 Starting in Miami in the early 2000s at some of the hottest venues around including Opium Garden, Tantra, The Living Room Downtown, Crobar and Space, Patrick Oliver has definitely made his mark early in his career in the States. His musical talent and raw skill has helped Patrick Oliver secure his residency and earning him as a musical director at Kuru & Y in downtown Miami. Not long after, his sounds spread to the clubs of Italy, Brazil, the Dominican Republic, Sri Lanka, Indonesia and Malaysia.

The talented Patrick Oliver has shared the stage and opened for other accomplished artists such as Louie Vegam Armand van Heldan, Kaskade, Deadmau5, LMFAO, Richard Durand, Vandalism and Dash Berlin to name a few. Patrick is now resident at Singapore's ultra-luxe, Pangaea.