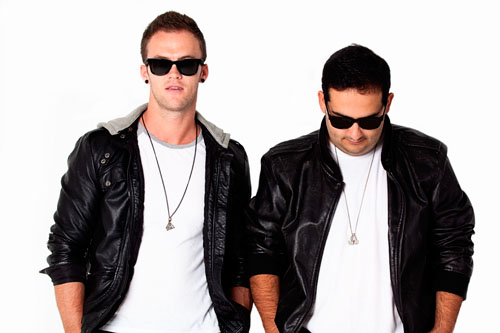 Social Hooliganz are showcasing their in demand remix skills to party goers round the world including top venues such as Sydney, Hong Kong, Thailand, the UK and Ibiza. Always bringing the party to the next level and dropping the freshest house music, Social Hooliganz have shared the decks with other renowned artists including Laidback Luke, Roger Sanchez, Carl Cox, Dirty South, Goodwill, Arno Cost, Thomas Gold, Chuckie and Stafford Brothers to name some.

Other than performing for their fans, Social Hooliganz spend a lot of their time in the studio producing banging mash ups that is guaranteed to rock the dance floor with their remix of vocal, funky and electro house.
Be sure to catch the Social Hooliganz at PLAY on September 28th, 2013! Experience the dynamic duo and their collective musical talents as they continue to evolve and grow!