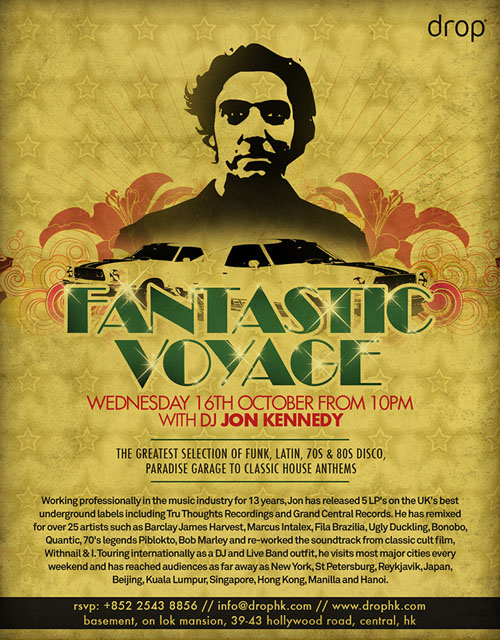 Working professionally in the music industry for the last 13 years, Jon has released 5 LP's on some of the UK's best underground labels. Namely Tru Thoughts Recordings and Manchester based Grand Central Records. He has remixed over 25 artists from Barclay James Harvest, Marcus Intalex, Fila Brazilia, Ugly Duckling, Bonobo, Quantic, 70's legends Piblokto, Bob Marley and re-worked the soundtrack from classic cult film 'Withnail & I'. He continues to be prolific with 9 remixes being completed in 2012 alone.

Touring the globe as a DJ and Live Band outfit, he visits most major city's on the planet every weekend and has reached audiences as far away as New York, St Petersburg, Reykjavik, Beijing, Kuala Lumpur, Singapore, Hong Kong, Manilla & Hanoi. Recent tours include Japan, Europe and USA where Jon will be retruning this year to connect via his music
Jon's own musical productions have seen him work with Dulux Paints, IVI Vision, DC Shoes, Hennessey, Vans, Billabong, Etnies, WEsc, Channel 4 (uk) and recently 2 feature films: The blockbuster "Limitless" and working along side Academy Award winner Olympia Dukakis, Lindsay Hollister (Get Smart) and Trevor Donovan (90210) on an independent production.

Release's into the future continue via his own record label 'The Jon Kennedy Federation' where he manages, A&R's and controls the music from all angles from his studio and office located in a central European 14th century building.