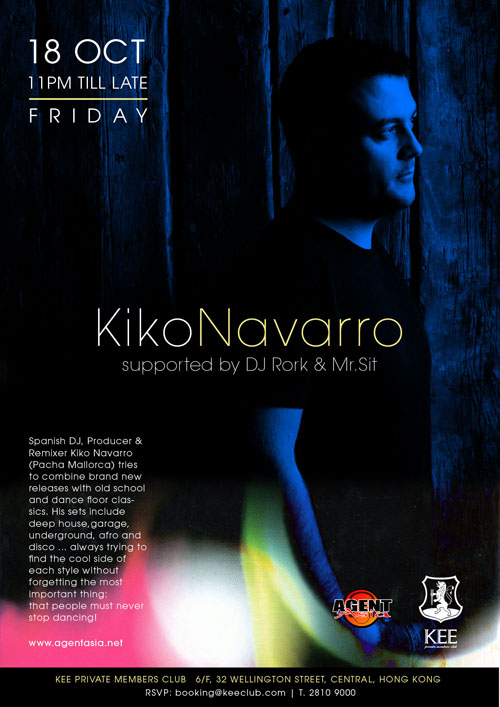 Kiko has held residencies at many famous venues like Pacha Palma de Mallorca (9 years), Club 113 in Palma de Mallorca (4 years), Neighbourhood in West London, he was also an official Pacha Ibiza Resident DJ (2008) and during the summer of 2012 he was playing monthly at Space Ibiza club.

For 5 years he produced a 2 hour radio show on Spanish station Flaix FM. He now has a new radioshow called "Perceptions" broadcast all over Spain on Loca FM www.locafm.com every Tuesday and every Thursday from 9 to 11pm on Danza FM in Valencia www.grupwandu.com. This program has been nominated 3 times as best radioshow by Spanish magazine DeejayMag.

Since 2008 Kiko has been the official resident DJ and music manager for the Ducati-Marlboro Moto GP. He has toured with the team and played in Barcelona, Cheq Republic, Italy, Malaysia and Valencia.