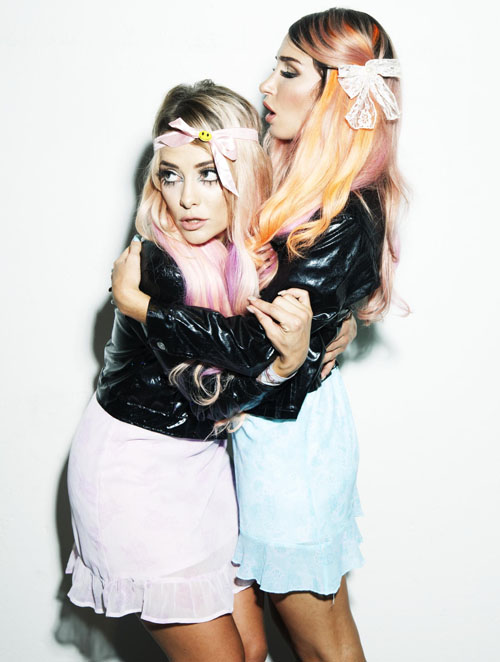 There is a new phenomenon from Sweden.  It’s a DJ duo.  They became superstars in a year.  Here is their story…

Rebecca & Fiona enter the booth and get in charge of the decks.  These DJ partners are a sensation.  Using vocal, mixing and choreography they drive the crowd wild with excitement.  On a musical, physical and literal level.  “We are the luminary ones…”.  We believe them!

Why do these 2 DJs feel so rare?  Simply because they are!  Rebecca & Fiona’s magnetism, musical ability and sex appeal infused in the format of female DJ duo are new to the world.  Rebecca & Fiona possess the X factor.

The break through smash hit LUMINARY ONES was released in 2010, followed by BULLETS – a dance floor knock out and big radio tune.  Irresistibly catchy, heavily beat oriented with lovable vocals, it’s dance pop at it’s most superlative.  Perhaps Robyn is their lone contender in the arena; however, the Swedish Grammy Award for BEST ELECTRONIC / DANCE 2011 went to Rebecca & Fiona!!

Scandinavian radio programmers, critics and DJs are convinced… DJ Tiesto and Kaskade, two of the biggest DJs in the world, have saluted the duo and incorporated the girls in their work.  2011 Rebecca & Fiona have been impressively productive, they’ve managed to put 5 hit singles in the charts and an album in store.  Rebecca & Fiona have been playing almost nonstop touring Sweden, Europe, Japan and the U.S.