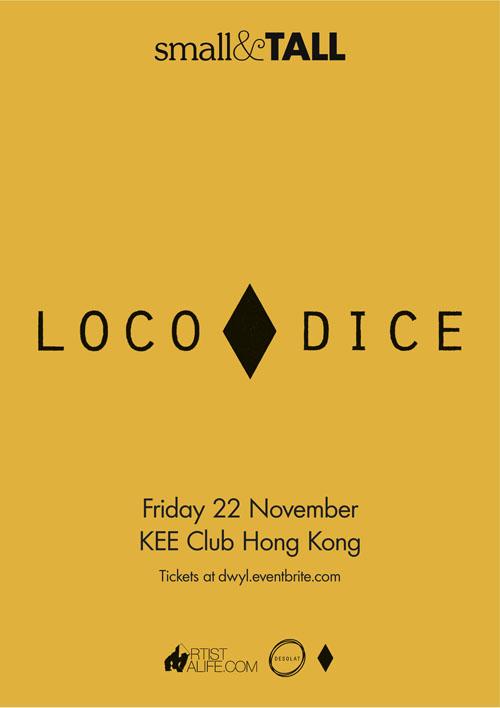 After a brief summer hiatus, small&TALL is back with none other than the Desolat heavyweight and co-founder: LOCO DICE.

Originally from a hip hop background, Dice partnered up with Martin Buttrich in the early 2000's and exploded onto the dark side of the tribal house scene with the bomb "Phat Dope Shit" in 2002. Since then, with releases on M_nus, Cadenza, Ovum, Four Twenty and Cocoon; and long-standing residencies at Ibiza's famed DC-10, Cocoon, and gigs at the biggest festivals the world over; Dice is riding high on his now 15+-year career as one of the world's most in-demand DJs.

Our residents small&TALL Soundsystem will round out the night.

*As promised, tickets purchased for the canceled Loco Dice show in December 2012 will be honoured! Simply print out your old ticket; if you've lost it, don't worry as we have your name in our system.