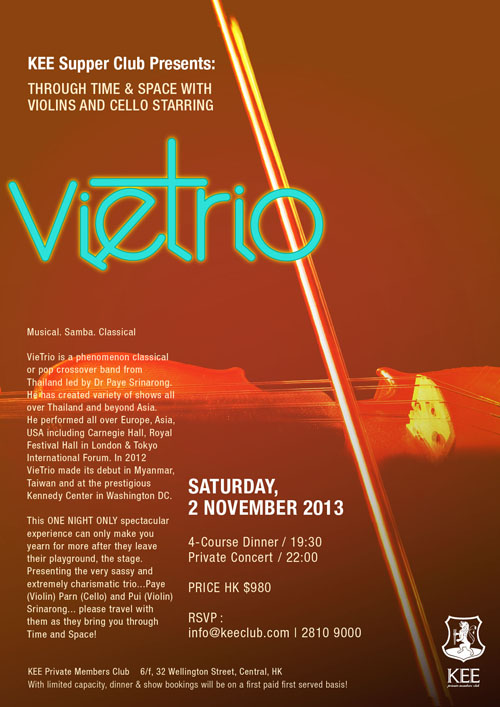 "Their mission is to bridge the gap between classical music and other popular genres perceived unfairly by the media and general public!"

VieTrio is a phenomenon classical/pop crossover band from Thailand led by Dr Paye Srinarong. He has created variety of shows all over Thailand and beyond Asia. He performed all over Europe, Asia, USA including Carnegie Hall, Royal Festival Hall in London & Tokyo International Forum. In 2012 VieTrio made its debut in Myanmar, Taiwan and at the prestigious Kennedy Center in Washington DC.

This ONE NIGHT ONLY spectacular experience can only make you yearn for more after they leave their playground, the stage. Presenting the very sassy and extremely charismatic trio...Paye (Violin) Parn (Cello) and Pui (Violin) Srinarong... please travel with them as they bring you through Time and Space!

With very limited capacity, dinner & show bookings will be on a first paid first served basis!