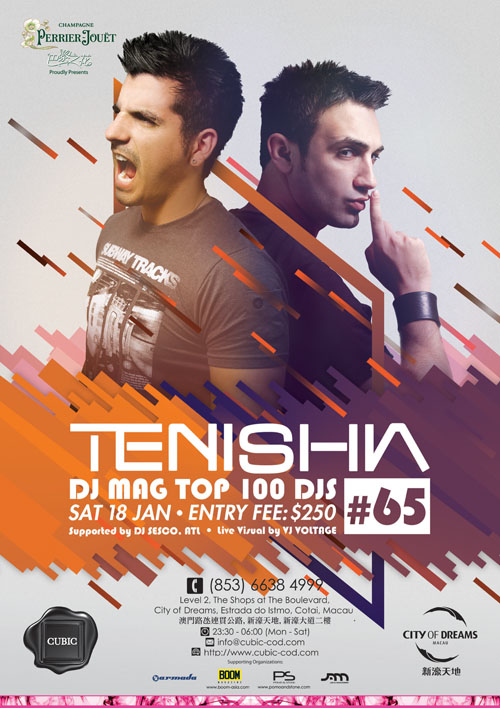 EDM DJ & producer duo from Malta. Composed of Joven Grech & Cyprian Cassar.
Collaborated with British singer & songwriter Kirsty Hawkshaw as Kirsty Hawkshaw Meets Tenishia.
While a certain other island grabs all of the attention, Tenishia continue to put Malta on the dance music map. Having crashed into the Top 100 last year, Joven Grech and Cyprian Cassar's passionate Maltese and international fans have ensured they remain at dance music's top table.
Having originally been brought to international attention by Armin van Buuren, 2012 has been their best year yet. "This year was a big year for us, as we released our debut album 'Memory Of A Dream'," they say.
"It has been the busiest and hardest so far, but definitely the most rewarding. Another big highlight has been our first 'Tenishia In Concert', which took place here in Malta and attracted one percent of Malta's population!" And it's not just been a productive year career-wise. "A few weeks ago Joven had to rush to hospital in Australia, just minutes after finishing a set in Melbourne," they tell us. "None of us got hurt, but Joven's girlfriend gave birth to a baby boy, Mason. Joven made it just in time - straight from the decks to holding his newborn baby!"