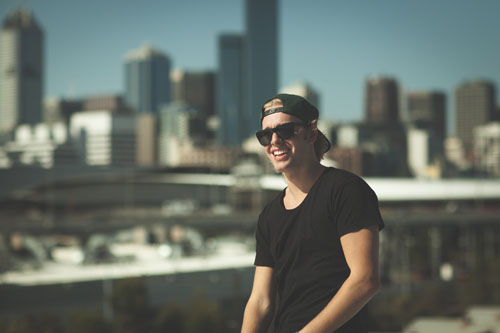 At 20 years of age this young DJ/Producer from Melbourne has already cemented his position as the undisputed KING of the globally loved Melbourne Sound, and is one of the fastest rising stars on the electronic dance music horizon.

Dominating ARIA & Beatport charts, officially remixing Robin Thicke’s monster hit ‘Blurred Lines’, debuting at #2 on the 2013 InTheMix Top 50 DJs, and continually selling out shows around the world - it's safe to say 2013 has been a hell of year for Will Sparks.

Will Sparks is a master at production and has worked with a variety of well-established artists in the music industry. His remix of ‘Hello’ by Stafford Brothers feat. Lil Wayne & Christina Milan reached #1 on the electro-house Beatport charts earlier this year and his own single ‘Ah Yeah’ shot right up to #3 on the Top 10 Beatport charts – very impressive for such a young artist. That is by far not all though. Will’s productions ‘Chemical Energy’, ‘Phoenix’ and ‘Okay’ as well as his remixes of ‘Long Night’ and ‘Dope Shit’ also made it into the Top 20 electro-house Beatport charts.

His quality, unique productions have gotten him support from some of the biggest artists in the scene today, with his tracks hugely supported by the likes of David Guetta, Hardwell, Madeon, Dada Life, Chuckie, Rehab, A-Trak, Laidback Luke, TJR and Lazy Rich.

Will is finishing off his 2013 campaign with a European tour that is only going to speed up the success of his sound on a global scale.

Watch this space, there are absolutely no signs of this superstar slowing down.  Click here for Will Sparks Remix of Robin Thicke’s Blurred Lines ft. Pharrell & T.I:
http://www.youtube.com/watch?v=GCsqcCcbZ0U