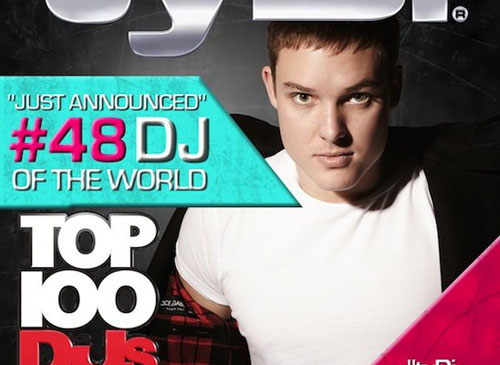 tyDi Bio:
Since bursting onto the scene only a few short years ago, tyDi has already achieved more than some can say in a lifetime. During the start of his journey, this extremely young musician was busy balancing his musical career and his studies, graduating with a music degree from the prestigious Conservatorium of Music and releasing his critically acclaimed debut album ‘Look Closer’ when he was only 19. The classically trained musical mastermind is responsible for creating the chart topping album ‘Shooting Stars’, which reached #4 on iTunes in the USA, as well as #1 in Australia, Canada, UK and Finland.

Despite being voted ‘Australia’s #1 DJ’ two years in a row, he has also been voted in the Top 100 DJ’s of the World for the last three years. Most recently he resides as the #48 top DJ in the world. The humble Aussie has also been honored the prestigious International Dance Music Award’s ‘Best Break-Through DJ of the World’ award presented by Tiësto.

The young DJ spends most of his time touring the world and has been playing over 200 shows each year throughout all of Europe, the USA, Canada, Asia, Australia, and also has a residency in Las Vegas. TyDi regularly performs to tens of thousands each week and has played some of the highest profile festivals (Tomorrowland, Ultra, ASOT, Global Gathering, Future Music Fest, Creamfield, etc) around the planet to extraordinarily large crowds as big as 45,000 people and above.  His songs on the internet, has millions of views and growing...

In between tour dates, during flights, and in hotel rooms is where tyDi finds the time to write some of the most cutting edge music with unrivalled attention to detail and musical composition. He has written and collaborated with some of the most remarkable producers in the world, such as Grammy nominated producer BT.  tyDi’s weekly, worldwide radio show, ‘Global Soundsystem’ reaches to over 30 countries on FM radio and can also be streamed as an iTunes podcast from anywhere in the world. Among all of his music videos released, combined viewers have reached well into the millions and growing. tyDi’s rise to global stardom has attracted interest from media well outside the world of electronic music, with full features in Young Hollywood, Rolling Stone Magazine, and music video rotation throughout Nordstrom department stores in the USA. His single, ‘Acting Crazy’ from his album ‘Shooting Stars’ has also gained recognition from Top 40 terrestrial radio stations in the U.S. and is in daily rotation at multiple stations.

Even with his busy tour schedule, writing sessions, and radio show, tyDi manages to maintain all of his social media outlets and personally engage with his fans from all over the world. Most of all, he is a musician at heart, forever aspiring to improve musically and produce only the highest quality of work.