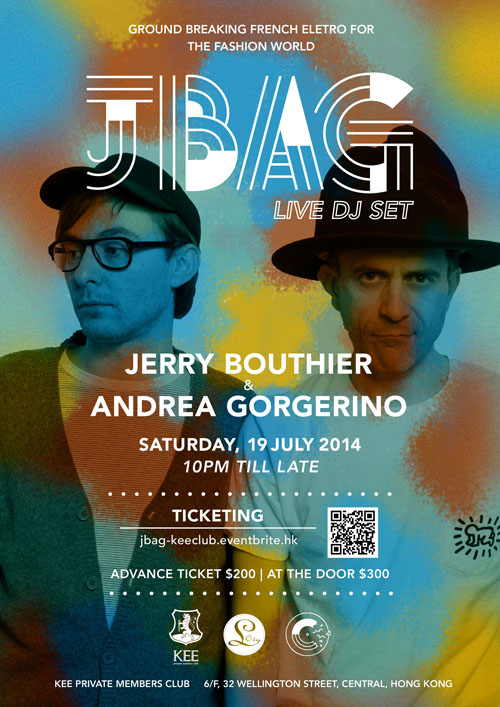 
Short description of the night, including genres of music to expect:

The first is French, the second Italian, they met in London where they are both based.

The pitch? After bonding over a love of all things melodic and funky - you could call it balearic - the pair started to produce dance music. Tired of the noise out there, they started to draw from their multiple influences, indie, italo, electro, disco, house, funk… all tied up by a little pop twist, and swore they would do all to bring uplifting vibes and decent songs back to the dancefloor.

Energy and attitude are of course part of the equation, Bouthier & Gorgerino enjoy nothing more than rocking the party; their prime motivation remains sharing with all their enthusiasm for the music that makes their heart beat.

Constantly fine-tuning their ideas over remixes for the likes of Kitsuné, Disco Texas, Modular..., JBAG released their second single ‘Mogadisco’ last summer, which is still a firm favourite with many DJs. Check the ace video clip: http://www.youtube.com/watch?v=1qHLzo6K0bs

They are now deejaying as a duo with Jerry on the decks and Andrea playing live keytar over their remixes, productions and other current faves.