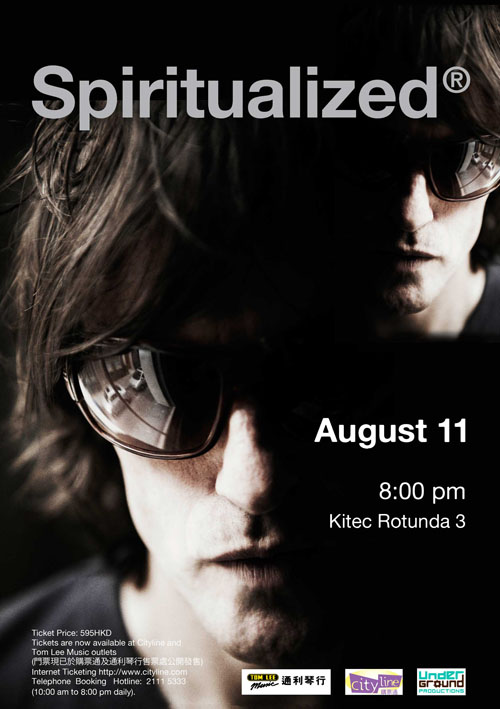 Formed from the ashes of the trance-rockers Spacemen 3, singer/guitarist Jason Pierce's group Spiritualized did not break away from his prior band's trademark hypnotic minimalism; instead, they perfected it. Drawing on the continued influence of the Velvet Underground, La Monte Young, and Steve Reich, Spiritualized staked out a common ground between minimalism and lush symphonics -- while powered by simple, repetitious motifs, their songs simultaneously blossomed into rich, shimmering sonic panoramas inspired by the majestic studio wizardry of Phil Spector and Brian Wilson. Such seeming contradictions were essential to the group's alchemy: while the infamous Spacemen 3 tag of "taking drugs to make music to take drugs to" remained a cornerstone of their craft, at the same time Spiritualized's very name acknowledged the existence of other forces, further reflected in their heavy debt to gospel and soul music as well as an affinity for mantras and devotional hymns.

Although Spiritualized fully emerged after the acrimonious breakup of Spacemen 3, in truth the band's roots extended back to the band's final LP, 1990's Recurring. A Spacemen 3 album in name only, Recurring was split evenly between independently recorded work from Pierce and estranged partner Pete "Sonic Boom" Kember; as a result, while Kember's side presaged his eventual work with Spectrum, Pierce's half, recorded with most of the musicians who would later comprise Spiritualized (including guitarist Mark Refoy, bassist Willie B. Carruthers, and drummer Jon Mattock), predated the orchestral drones that became the band's hallmark. The first true Spiritualized single, a dramatic reading of the Troggs' "Anyway That You Want Me," was the final nail in the coffin -- reportedly, Kember was so incensed by the Spacemen 3 logo which appeared on the disc's jacket that he disbanded the group for good.

In 1991, Spiritualized returned with a string of EPs -- Feel So Sad, Run/I Want You, and Smile/Sway -- before their long-awaited debut, Lazer Guided Melodies, finally appeared the following year. The masterful, blissed-out result of Pierce's obsessive studio fine-tuning and endless remixing, the album was promoted by the band's slot on the high-profile Rollercoaster tour, where they appeared with the Jesus and Mary Chain and Curve. An excellent limited-edition live document, Fucked Up Inside, followed in 1993, trailed by another EP, Electric Mainline, later in the year.

The following year, Pierce gutted Spiritualized's lineup, firing Cook, Reece, and Mike Mooney, who formed Lupine Howl soon after their dismissal; Radley apparently left soon after she married Verve frontman and solo artist Richard Ashcroft. Only saxophonist Ray Dickaty and sometime keyboardist Thighpaulsandra (aka Tim Lewis) remained in the band. Pierce began writing and recording material for the next Spiritualized album at George Martin's Air Studios and recruited percussionist Tom Edwards, bassist Martin Shallards, Echoboy drummer Kev Bales, and guitarist Dogan, from Julian Cope's band, for the sessions. The new album, Let It Come Down, which featured an even lusher, more involved sound than Ladies and Gentlemen, was released in mid-2001. The follow-up, 2003's Amazing Grace, was more of a back-to-basics record. Songs in A and E arrived in spring 2008. In 2010, the band embarked on a tour performing Ladies and Gentlemen ... in its entirety, writing new songs influenced by that album -- as well as by the Beach Boys and Peter Brötzmann -- while they were on the road. Pierce and company laid the songs down at studios in Los Angeles, Wales and Reykjavik over the course of two years; the results, Sweet Heart Sweet Light, was released in March 2012.

Spiritualized will be playing at Hong Kong’s Kitec Rotunda 3 on 11th August 2014. Tickets are available at Tom Lee Outlets and Cityline: