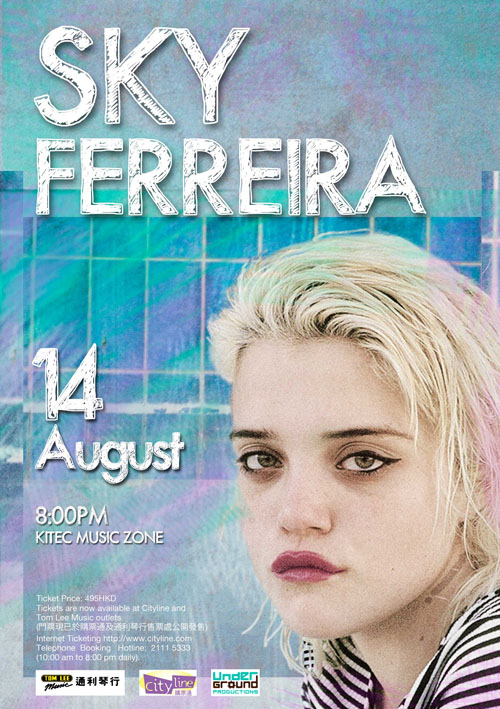 Sky Tonia Ferreira was born on July 8, 1992, in Los Angeles. Ferreira is of Native American, Portuguese, and Brazilian descent. Ferreira was raised by her grandmother. Ferreira grew up around family friend Michael Jackson, stating in an interview with BBC Radio 1′s Newsbeat: “We just became friends with him. When I was born, I was raised around him, I always saw him. I had holidays with him and stuff like that.” At age thirteen, she started taking opera lessons to refine her singing voice. She spent the next few years maintaining a Myspace profile where she uploaded various demos of self-written tracks. Shortly before her fifteenth birthday, she caught the attention of Swedish production duo Bloodshy & Avant by contacting them through the social networking site. The producers were impressed and subsequently decided to work with her.

Combining dance music with electropop, indie rock and synthpop elements, Sky Ferreira has been highlighted by collaborations with Jon Brion and Shirley Manson. Some people also know him for his role as a model of different brands like Adidas, Calvin Klein, For Ever 21 and fashion magazines.