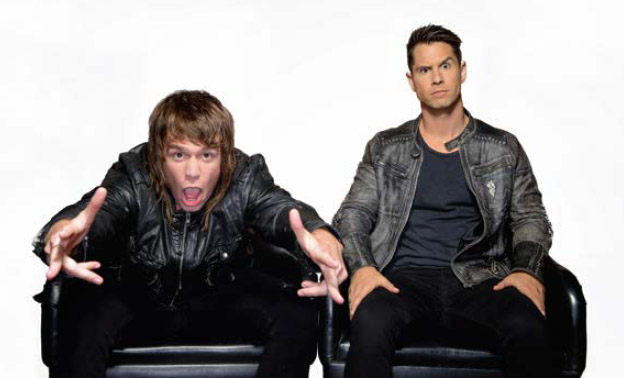 The Stafford Brothers are the hottest Australian EDM export to hit the United States. Currently ranked the #1 DJ’s in their homeland (ITM Awards, 3 years running) as well as ranking in the 2013 DJ Mag Top 100, brothers’ way to the West Coast, now residing in the Hollywood Hills of LA. Shortly following they were the first ever electronic act signed to Cash Money Records and released their debut single with the label, ‘Hello’ featuring Lil Wayne and Christina Milian.
‘Hello’, still in its early stages of Australian release, hit triple platinum selling status reaching #4 on the official singles chart and #1 on iTunes (Dance) sitting inside of the top 5 most played tracks on radio. A number of remixes of the track went on to take out #1 on Beatport within their respective genres, with one particular mix clocking over 1 million plays on SoundCloud.

‘Hello’ has also been nominated for ‘Song Of The Year’ in the 2013 ARIA Awards. Not only are the Stafford Brothers the number one DJ’s in their homeland, they’re also involved in a number of industry related ventures. The brothers have their fingers firmly on the pulse of DJ development as partners in Australia’s #1 EDM booking agency 360 Agency and their very own interactive educational website, DJ Master Course. Catch the Stafford Brothers at their residencies across America including Cirque du Soleil’s The Light, Las Vegas in the Mandalay Bay Hotel, main stage on the Stereosonic national festival circuit and in cutting-edge dance clubs all over the world.