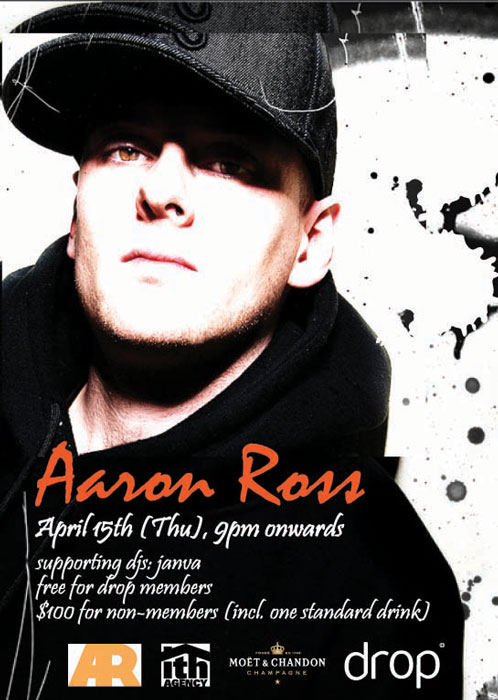 Aaron Ross is a name synonymous with quality House music around the globe. From roots in pirate radio, launching Soul Heaven Records, to playing alongside and remixing dance music’s biggest names.

It is impossible to count all of Aaron's achievements in a short space. During his luminous career he has played alongside the likes of house music heroes Lottie, Danny Rampling, David Morales, Erick Morillo, Todd Terry, Bob Sinclair and Kenny Dope. Global gig bookings take him from the US, Japan, Brazil and Asia and frequently at the world's most glamorous club; Pacha, Ibiza. Not to mention the numerous LP, EPs and Albums he has produced.

He is renown for his inimitable take on house music, drawing inspiration from the old skool and fusing it with contemporary, innovative sounds to make his DJing style unique and fresh. Describing his music style as House and everything in between.

There is no doubting Aaron has the world as his fingertips. Whether making music, signing a future anthem or working the crowd into a hedonistic frenzy, he does it all with an uncompromisingly Aaron-edged style- one that is sure to leave an aural imprint on the electronic dance music industry for years to come.