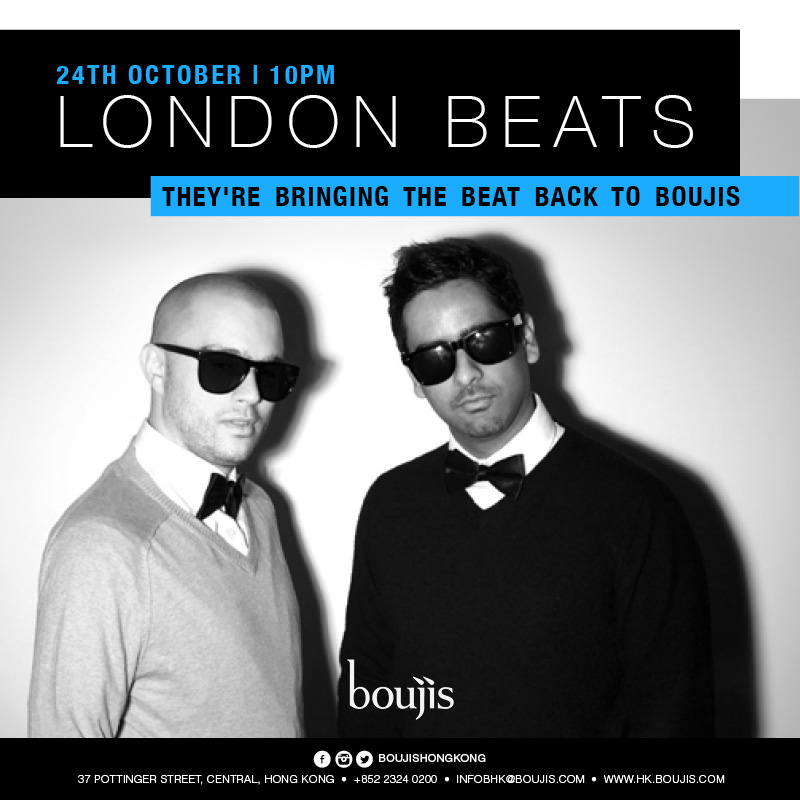 The beats are back to Boujis! British Duo, London Beats, in Hong Kong for one night only.

Formed by chance in 2009, Klaus De Macedo and Ameet Jugnauth are the two halves that come together to make London Beats.

This dance duo combine the deep sounds of electronic music with the rawness of live musicianship to produce a sonic and visual concoction that takes audiences on an energetic escape.

Originally hailing from Brazil and Mauritius respectively, the pair’s cultural backgrounds can often be heard coming through in their sound. Combined with their showmanship and theatrics, London Beats put on performances that have been described as heart racing, unconventional and unforgettable.

Their followers often argue over if they’ve just been to dance festival or a rock concert after experiencing a London Beats show.

There rise to prominence from London’s exclusive Boujis nightclub, to becoming one of the best known international dance acts has seen them play alongside celebrities such as Mark Ronson, Pete Tong, Will I am, and Bob Sinclair.

They continue to create to innovate, inspired by London’s musical history and cosmopolitan fusion.