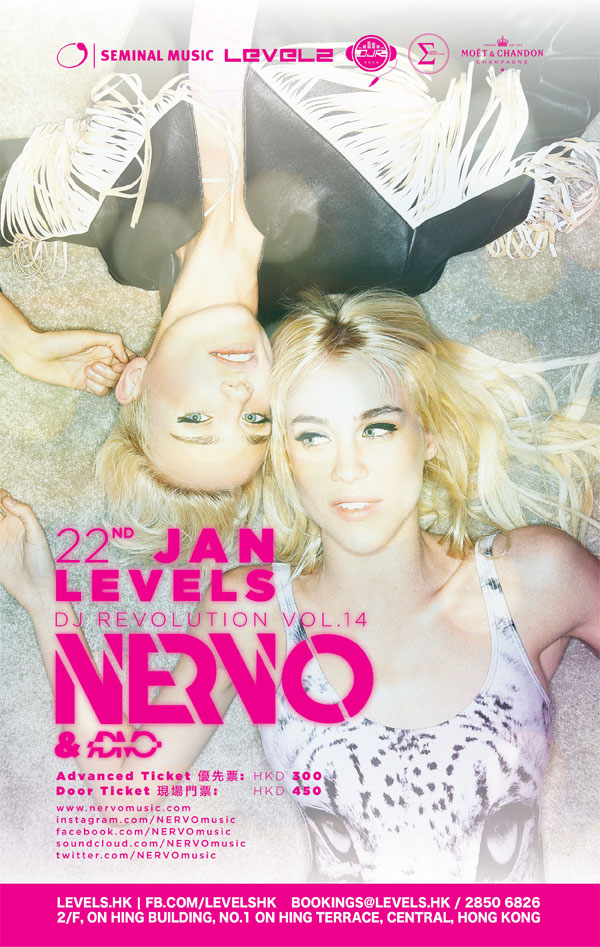 Mim and Liv’s career took off in 2009. Having cemented their songwriting prowess with a global No. 1 hit "When Love Takes Over", NERVO set out to pursue their own career as artists, by writing and producing their own songs. Their friends and collaborators in the world showed up to support them. ‘The Way We See The World’ with Afrojack, Dimitri Vegas and Like Mike (the official anthem of Tomorrowland 2011), ‘Like Home’ with Nicky Romero (first #1 Beatport chart for 3 consecutive weeks), "Turn This Love Around" with Armin van Buuren (from No.1 DJ’s new album ‘Intense’): Their list of A-List collaborators is dance music’s longest and most enviable in the scene.

NERVO has seen rapid growth across their social media channels. They are regularly featured in: Vogue, Elle, Cosmopolitan, NYLON and other fashion/ pop culture publications around the globe. In August 2013 NERVO performed live from the red carpet at the MTV Video Music Awards and in November they appeared on BRAVO TV as guest judges on the Rihanna produced reality show 'Styled To Rock'. In 2014 NERVO were announced as one of the 4 introductory DJs for the brand new BBC Radio 1 ‘Residency’ Shows.

Ticket Reservations:
http://nervohk.eventbrite.hk/
* for e-ticket holders, please bring along your printed ticket to the event