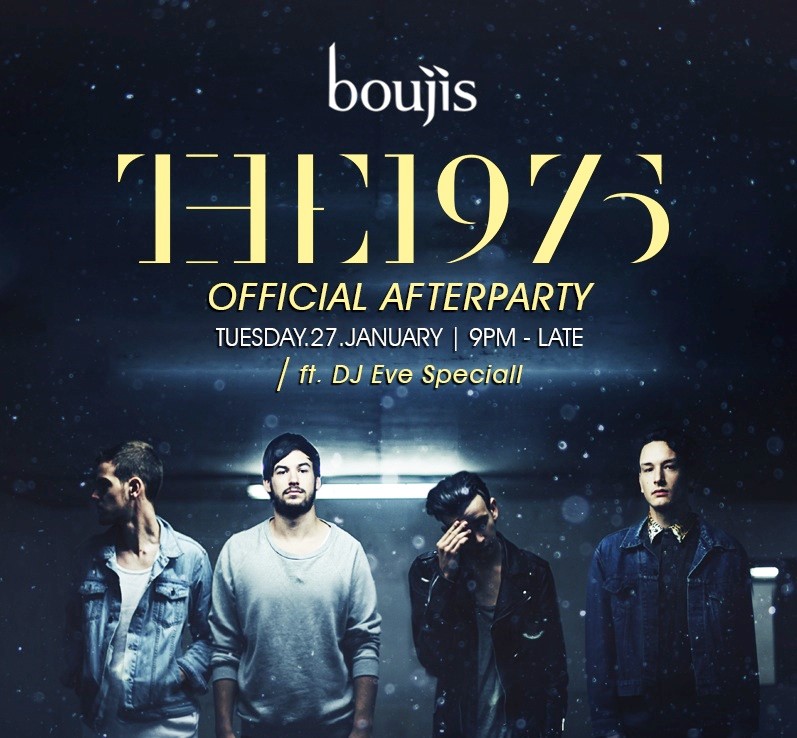 Boujis Hong Kong are proud to announce that we will be hosting 'The 1975' Official Afterparty with the band this TUESDAY, with DJ EVE SPECIALL and special guests.

No better party on a Tuesday night!