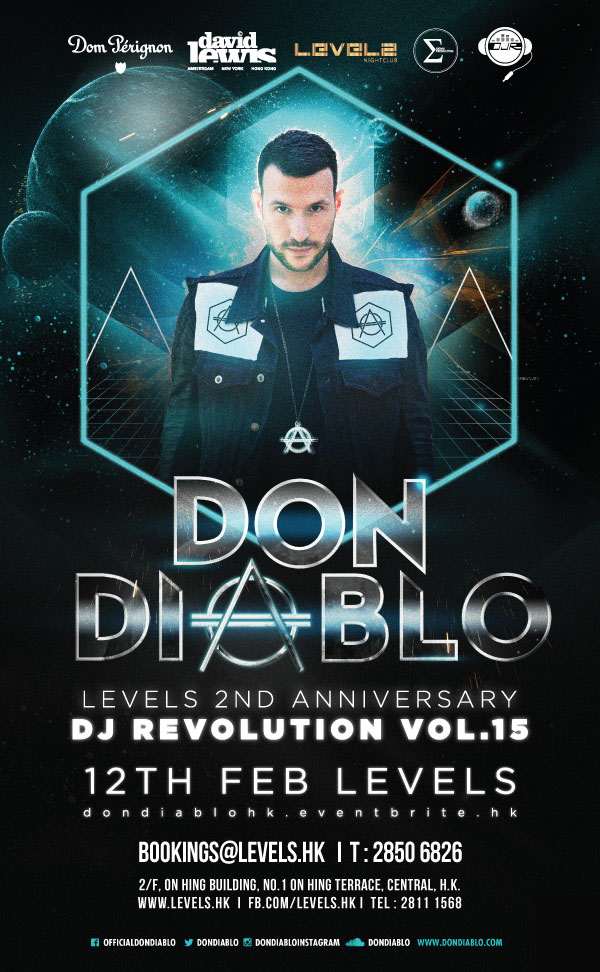 Dutch DJ/ producer Don Diablo was born and raised in Holland and more recently moved to London, where he is currently working on new material in between his global touring schedule.

Within the last twelve months Don dropped dancefloor bombs on World's largest EDM record labels. His recent single "Anytime" hit Beatport #2 right after Warner Brothers asked Don to create the worldwide theme song for the highly anticipated “Batman Arkham Origins” game. The track and the accompanying video became an instant viral hit. His club anthem "Starlight" was debuted during the last SHM concerts, after Axwell signed it to his label, and shot straight into the Beatport top 5. After that Don managed to climb into the Beatport Top 10 with several other releases. Don's firm support from Pete Tong, who debuted no less than six of Don’s releases in his BBC Radio1 show in 2013, as well as his recent residency at Las Vegas' hottest new superclub "Light" are more proof of a bright future ahead.

Besides all this Don has also been crafting a new visual show together with VSquared Labs, the creative brains behind the visual shows of Skrillex, which you can expect a mind-blowing experience for all senses. Don's many other passion projects like directing music videos, working on movie soundtracks and setting up his own fashion brand make it even more evident that it is safe to assume you can expect to hear a lot more from the flying Dutchman in the years to come.