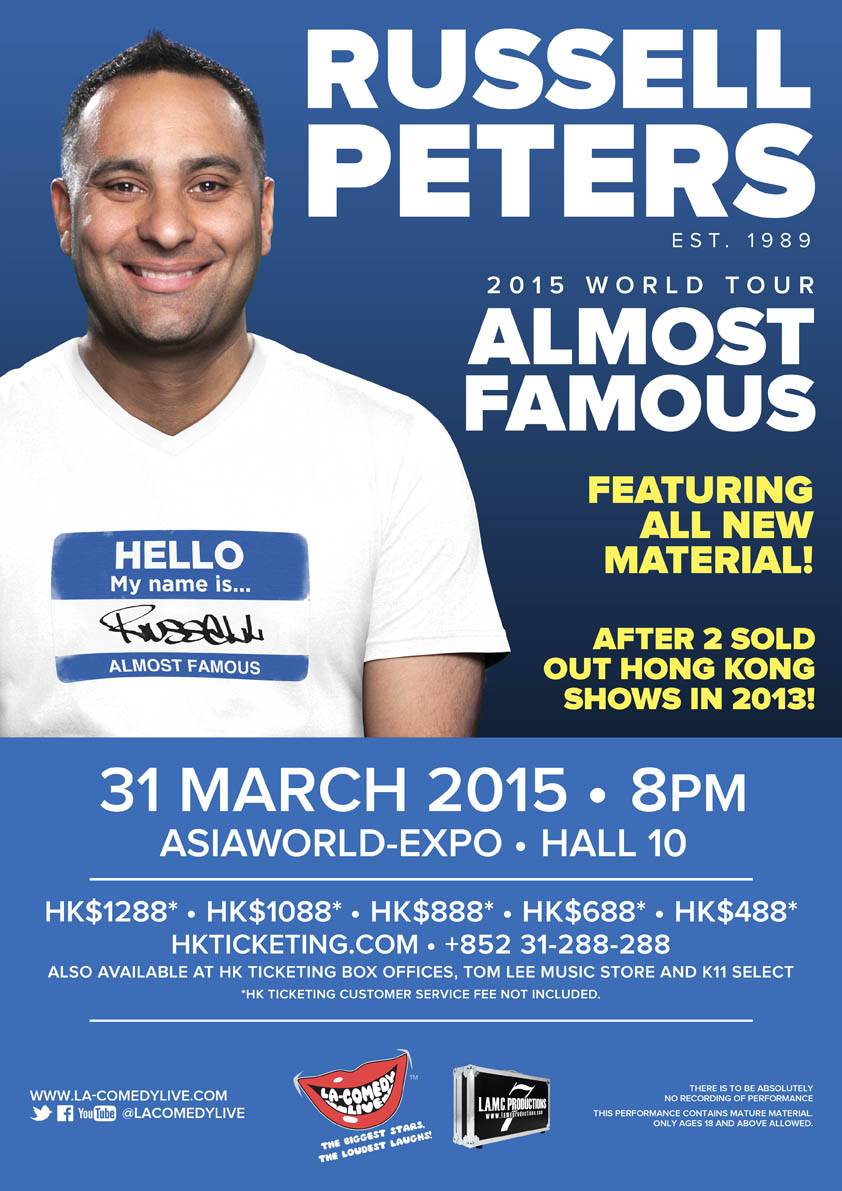 After setting attendance records around the world and completing THE biggest comedy shows ever in Hong Kong with his Notorious World Tour in 2013, comedian RUSSELL PETERS brings his new ALMOST FAMOUS WORLD TOUR to Hong Kong on March 31, 2015, 8pm at AsiaWorld-Expo Hall 10.

“The Russell Peters Almost Famous World Tour” features ALL NEW MATERIAL, plus Peters’ lightning fast improv with the audience. “I like to interact with the front rows,” says Peters of his signature back and forth with the audience. “I use the interaction to take me from bit to bit. Some guys go on-stage with a script and don’t deviate from it. That’s not my style. I have my set and know what I want to cover; I just use the audience to move me in certain directions. It’s very collaborative and each show is unique.”

In 2013, the global comedy superstar set a new attendance record for the fastest selling and biggest comedy shows in Hong Kong’s history over 2 nights at the AsiaWorld-Expo to an attendance of 11,000 fans.

Peters recently sold-out New York City’s Madison Square Garden as well as Los Angeles’ Nokia Theatre. In February and March 2015 before coming to Hong Kong, Peters will take the tour to Australia, New Zealand, South Africa, Kenya, India and Sri Lanka. His last tour took Peters to 26 countries and over 200 performances, with over than 300,000 fans attending his shows globally.