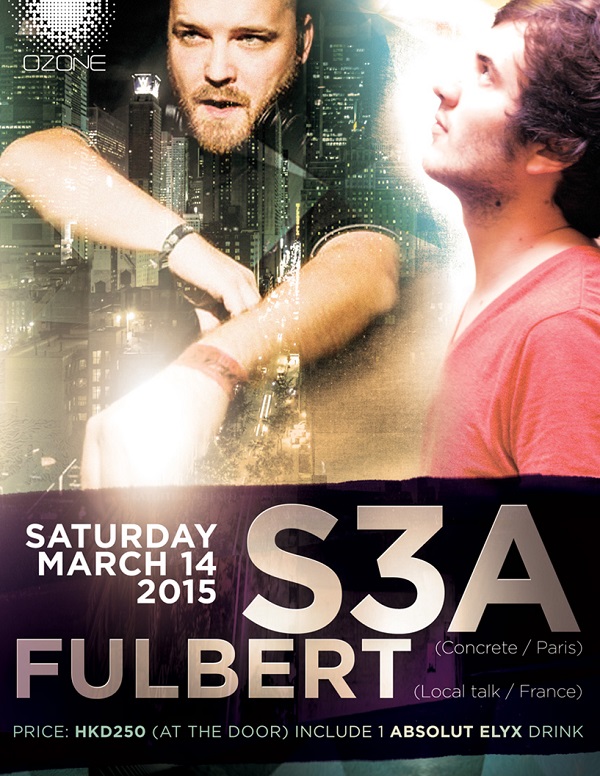 Fulbert is a man with a vision: A DJ, a producer, a record collector, and a label owner. He is one of the most promising talents to emerge onto the French electronic scene in recent times. His music takes root from the heads that have stayed true to the original ideas of house music - from Theo Parrish to Larry Heard - so the principles of forward thinking yet timeless dance floor adventures run deep in him.
He kicked his career off with a bang releasing Garden State '92 EP on the highly respected Swedish label Local Talk. From there he has found a high demand for his remixes and EPs, and - as a DIY ethic fanatic - he eventually launched his own record label, on which he released already a couple of records from him & from some close friends sharing the same musical aesthetics.
His last output, Maison Souterraine EP has been released in September and is already critically acclaimed. As a long term crate digger and firm favourite on the French club circuit, Fulbert now has his sights set on bigger things and taking his sound worldwide.
Each of his sets provides any dancefloor with a positive education in house music. His refined taste encompasses raw and smooth, old and new. With remixes for labels like FACES records and more EPs in the pipeline, the stage is set and success is inevitable for this talented young DJ & producer.

S3A Sampling As An Art is an alias of Max Fader, whose idea is to produce music sifted from his multiple influences.

This house project, based on the idea that electronic music is a blend of different cultures and music, started 15 years ago when Max began jaming on analog machines and samplers.

It is through this project that he expresses, among other things, his taste for soul and House music. Such as his beloved artists MCDE or Tru'sme, he uses the process of sampling to color his music with sounds of his inspirations, always adding his own touch and groove.

Although he discovered electronic music in 92 through uk hardcore, Dj Tanith remains is main influence. His culture is based on a solid knowledge of house music, soul, funk, hip hop, making him one of the most promising house artist of the French scene since 2009.

He first came to Paris with Zadig to realize his childhood dream : building a studio and later a collaboration, Frendship Connection (All is just a matter of time has actually been playlisted by Marcel Dettmann).

His residency at Concrete helped him to confirm his DJ statute since the last 3 years adding as well releases on Lazare Hoche Records, Hold Youth, Concrete Music, Local Talk, Phonogramme and Faces. With these releases,  his remix request from Laurent Garnier on Music Large and his booking request from the French legend to play with him for his residency at Rex club, gave him legitimacy and visibility in all over Europe.

His fresh signature on the last Compost compilation, a release on Phonogramme, signatures on his own label and his presence on international events such as Dimensions Festival, Weather Festival and in the most respected clubs in Europe, promises a bright New year 2015 for S3A.