Sky Blu of LMFAO at Dragon-I 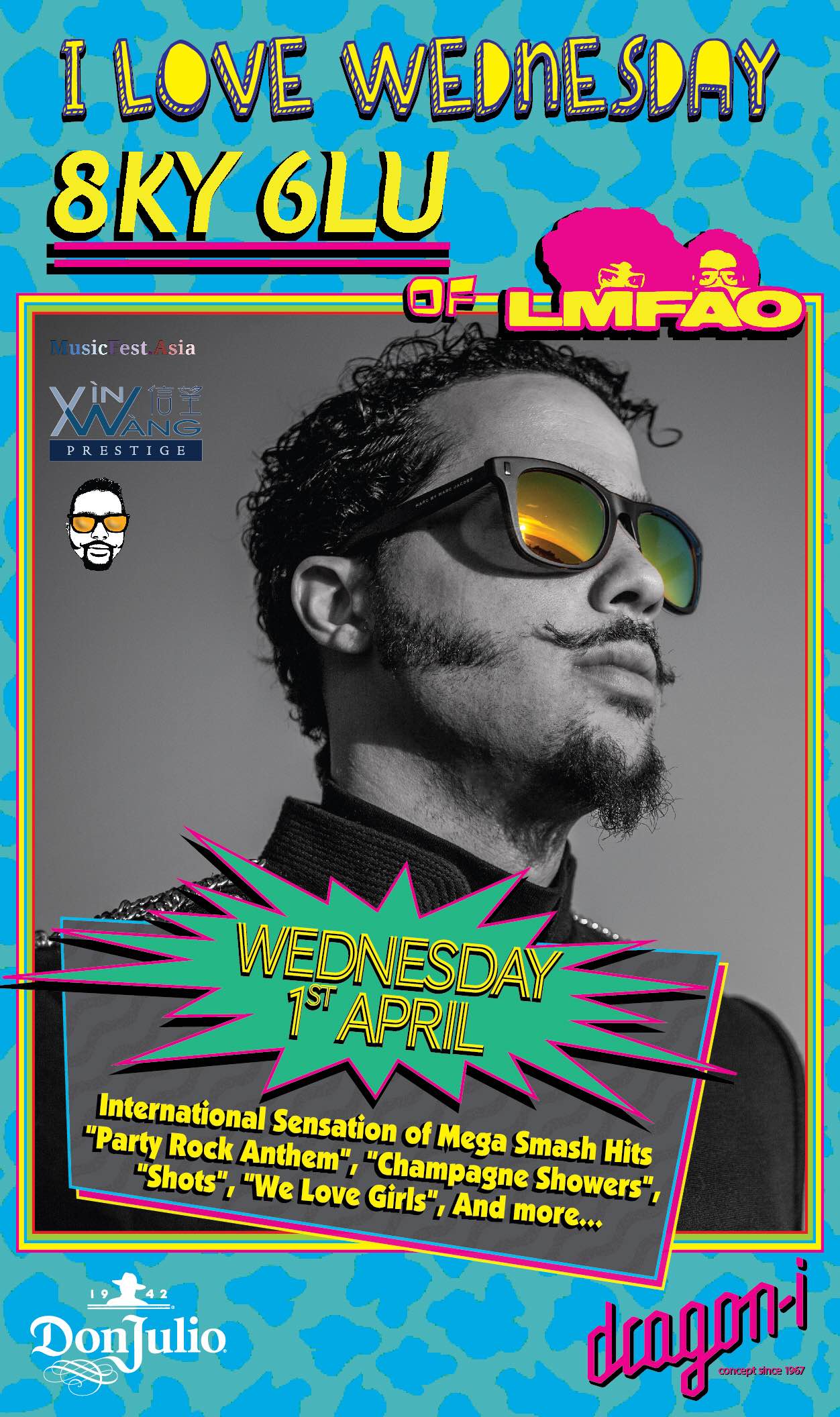 * As you may know Sky has a very deep routed music background. His family founded the hugely famous Motown Records (from Michael Jackson and beyond), and Sky has multiple Grammy Award nominations, and LMFAO had a Number One song in over ten countries, including France, the UK, the U.S., Canada, New Zealand, Germany, Ireland, and Australia.

* They took over the World music scene in Pop, Rap and Electro House, smashing all records and charts.

* LMFAO released two chart-topping albums, the first being Party Rock – which garnered a Grammy® nomination for Best Dance Album - debuted in 2009 and made the world go dance crazy with singles like, “La La La,” “Shots,” “Yes,” and “Get Crazy.” Their sophomore album, “Sorry for Party Rocking” (released in 2011) sealed the duo’s staying power. The following year the group Won Six x Billboard Awards, including the Hot 100 Song of the Year (“Party Rock Anthem") and for Top Duo/Group. In the 2012 Super Bowl, LMFAO performed alongside Madonna in the largest viewed Super Bowl in NFL history.

* LMFAO achieved the 2nd most watched song in Music history, nearing a billion views on a single link alone, and aggregate billions of views.
* From performing at the Super Bowl half time show with Madonna joining the likes of fellow superstars Beyonce, Bruno Mars, Katy Perry, etc, to taking over the American Music Awards, and every leading TV show in the States. In January 2014, Sky Blu introduced to the world his alter ego The Party President, with his single "Go On Girl". On December 14, Sky Blu was invited to the Miss World ceremony to perform his single "We Love Girls" with KG Superstar which was released the next month on iTunes. Sky has also remixed for Beyonce, Pharrell Williams, Drake, Wiz Khalifa, and Jason Derulo. He’s also collaborated with artist such as The Black Eyed Peas, David Guetta, Pitbull, Katy Perry and Lil Jon just to name a few.

* Asides from his music endeavors, Sky is also hugely philanthropic. He’s donated over ten inches of hair to Locks of Love in 2012, a public non-profit organization that provides hairpieces to financially disadvantaged children in the U.S. and Canada suffering from long-term medical hair loss from any diagnosis including hair loss due to cancer treatment. He is also passionately involved with the non-profit, Best Buddies, an organization dedicated to establishing a global volunteer movement that creates opportunities for one-to-one friendships, integrated employment and leadership development for people with intellectual and developmental disabilities. Sky has also lent his voice to a historic social media initiative titled Flash Flood For Good, raising awareness and funds for global clean water, which was launched by President Clinton and daughter Chelsea Clinton.

End March - Sky Blu embarks on his 2015 Asia Tour, kicking it off at Japan festivals with Pitbull and Ne-Yo, then onward for an up close and personal performance in Hong Kong!