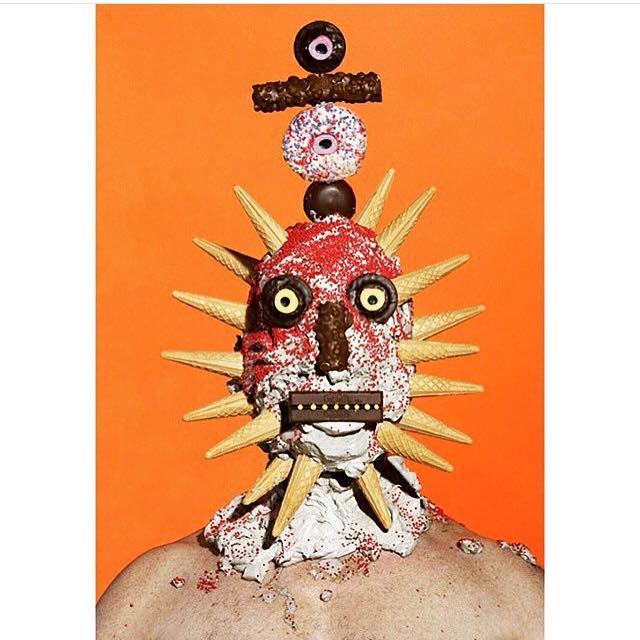 Born in Bergerac, France, Charlie Le Mindu was a hairstyling prodigy at the French Hair Academy, cutting and styling hair from the age of thirteen. Le Mindu ascended from boarding school disciple to a fashionable hairdresser/stylist in Berlin and is now London’s French Master of Haute-Coiffure.

In Berlin, Le Mindu established himself as Resident Hairdresser at nightclubs such as White Trash, RIO Club, and Barbie Deinhoff's. He performed "Live Cuts" in his champagne suite at countless private parties and set up several ensuite salons. He cultivated his own technique and style, known for creations ranging from classic to trashy, wearable to insane.

The French designer set up his East London flat and hairdressing residencies around the city’s nightspots and developed a regular clientele including Carrie Mundane, the B52s, Adamski, Peaches, and Jodie Harsh. Charlie Le Mindu drew inspiration from local East London personalities like Slayer, John Waters and even animals, claiming that “The hair is so much more interesting here!’”

After being featured in Vogue Russia, Elle, French Vogue and being selected as the Observer’s 22nd coolest person, Charlie decided to take hairstyling to the next level. In February 2009, Charlie launched his first wig collection at London Fashion Week, surprising London’s fashion scene with his dramatic large scale wigs.

Having presented his 7th Collection at On|Off during PFW, The Master of Haute-Couiffure has now been featured in publications such as Vogue Italy, Vogue Hommes Japan, i-D and The Guardian. His repertoire of clients includes the likes of Lady Gaga, Kap Bambino and Ayumi Hamasaki, to name a few. Having being exhibited at the V&A in London and opening the Art Athina fair in Greece, Charlie Le Mindu’s work truly transcends the boundaries of fashion.

His most recent collaborations include projects with Disneyland Paris, Colette, Fondation Cartier, and Underground Shoes. If that wasn’t enough Charlie has participated at the 18th Annual Watermill Summer Benefit curated by Robert Wilson; his signature “lips” headpiece is currently displayed at the Power of Making exhibition at the V&A; Finally, Charlie continues to increase his artistic collaborations with L’Oreal Professionnel.

Stéphane Margolis’ creations, conceived like chimeras - fresh plants and flowers displayed and transformed with mineral and artifical matter - appear into our world like strange and ominous creatures.

Half-way between vegetation, animal and voodoo dolls, their perishable frailness is captured and frozen by photography and is brought to us in a powerful evocation of a dying planet, a preoccupying theme for the artist, who grew up in the horticultural region of Hyéres, in the South of France, amidst lush flowers plantations and tropical trees.

His training in the traditionnal japanese floral art of Ikebana has given him a sense of the sacred and that of a milenary discipline, alongside the humour of occidental surrealism. If nature, since mankind began, has moulded humanity, Margolis take the process in reverse, freezing the living in a neverending moment of grace.

As an artist conscious of his time, his creations pursue the idea of beauty and alert us : the world is dying. The various elements used for his works are altered to the point of unrecognition, in an alchemic game, and become the silent witnesses of a planet devastated by humanity.

Party starts at midnight, bring your fav drinks.
We have fridges to keep it chill and cups, easy
Participation fee is $HKD100