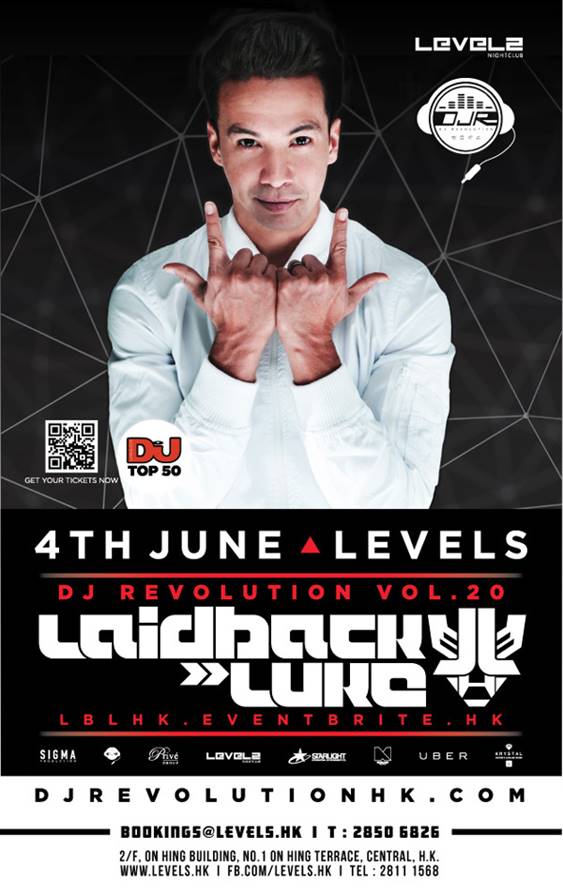 Dutch heavyweight Laidback Luke has a two-decade track record of doing things his way, keeping versatility at the core of his every move. He’s a source of inspiration to numerous DJ’s, from Avicii to Afrojack, and well respected by all colleagues in his field. He rewired a worldwide passion for dance music and set a new precedent for fan interaction along the way. Add a who’s who list of collaborators, remixes, global live credentials and a sideline as a Kung Fu World Champion and there is still no rarer breed of superstar DJ than Laidback Luke.

Boasting collaborators to-date as varied as Hardwell, Diplo, Steve Aoki, and Swedish House Mafia, his music speaks of a rare balance of both chart and credible club success. The wealth of remixes and personal bootlegs under his belt begs no exception, with credits ranging from Daft Punk and Madonna to Depeche Mode and Mariah Carey.

Under the guise of Mixmash, Luke has tuned his success towards personally inspiring the next generation. A place where new music is discovered, nurtured and celebrated, the label has invested in an unprecedented amount of talent. With no formal musical agenda other than outright quality, the culmination of Mixmash and its Ones To Watch sub-label has unearthed stars, spotlighted next generation players and kept quality and creative energy at the forefront of this career highlight.

This energy and enthusiasm is encapsulated by his completely renewed Super You&Me concept, now found at every corner of the globe, hosting stages at the best clubs and the biggest festivals in the world with cutting edge line-ups. Alongside an army of prestigious peers, Luke continues to remind the world that the sound of a superstar does not waiver the right to have fun in the process. With clubs like New City Gas Montreal, Story Miami and festivals like Tomorrowland and TomorrowWorld, under the brands belt and at least 15 shows around the world in 2015, the concept continues to leap from strength to strength.

The future has never looked better for the prolific Dutchman. With a personal residency at Surrender/ Encore Beach Club and key plays at Ultra Music Festival, Creamfields, EDC Mexico, New York and Las Vegas amongst many others, the year ahead promises new music, fresh talent and an ongoing effort to invest in the future at every possible turn. With fresh material, top-tier remixes and surprising collaborations enroute, the coming year beckons a new wave of original material and approved fresh blood throughout. For all his contributions to electronic music to date, the future is set to usher in yet more power moves from an unshakable presence both in the music market and behind the decks.