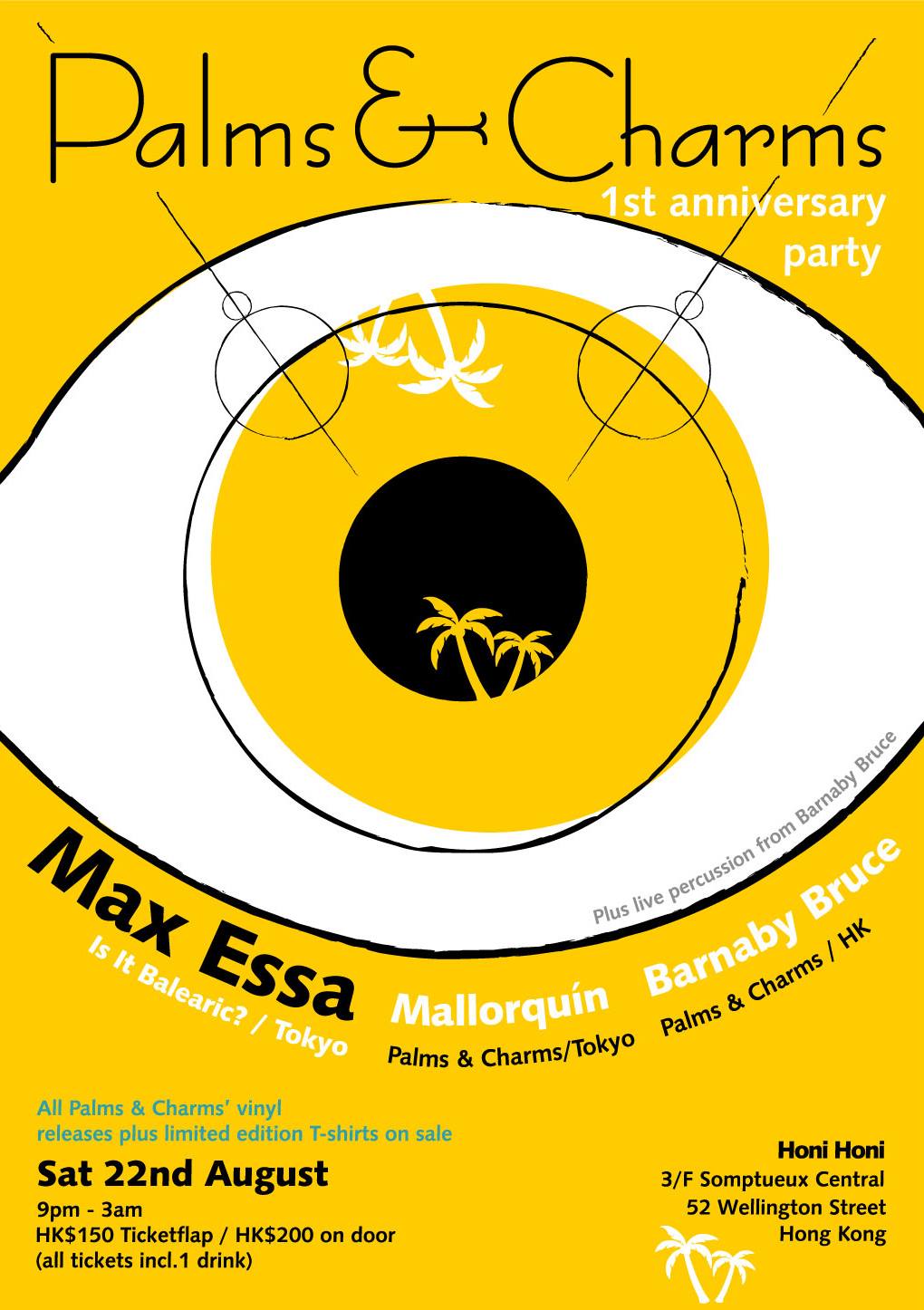 Since the summer of 2014, the label has unleashed four well-received 12's, including music from label bosses Barnaby & Sam, in addition to stalwart of the Tokyo club scene Masanori Ikeda. Remixes have come from the likes of Coyote (Is It Balearic?), Almunia (Claremont 56), Pete Herbert and Max Essa.

MAX ESSA
Max made his debut as a producer on the legendary Warp Records label in 1993, and has worked with Is It Balearic? Recordings, Need Want, and many more seminal labels, also launching his own imprint Jansen Jardin. With five albums under his belt and numerous 12”s, his work has been championed by Andrew Weatherall and NYC disco legend David Mancuso, amongst others.

Since 2008 Max has been based in Japan and plays regularly at Tokyo venues Air, Zero, Aoyama Tunnel, Bar Bonobo and across the country. Known for his international Balearic sound, he can also be found rocking parties and clubs, from New York to LA, Croatia to Bali. His last date in Hong Kong, for Otaku Soundsystem in 2014, was rammed with dancers till the sun came up – so it's high time for part two!

SAM BRUCE (MALLORQUíN) moved to Hong Kong in 1997, and along with John Minney (Betty Ford Clinic, London), he launched the Twist & Crawl parties, offering what was the only balearic/cosmic disco night in the city. Based in Tokyo since 2010, Sam has DJed at Bar Jam (RightRightRight), Aoyama Zero and currently plays at the monthly Lone Star parties at Bonobo (with Max Essa, Dr Rob (Test Pressing), and Ken Hidaka). His 12” ‘Slow Hot Confetti’ earlier this year received support from Phil Mison, Leo Mas and Mushrooms Project, amongst others.

BARNABY BRUCE started out DJing and playing percussion in London in the 90s. His own record releases include This Time Around (championed by Bill Brewster), and Staying Out, on Swedish label Born Free Records. So far in 2015 he has joined forces with Drop Out Orchestra to produce the track Gecko, and had his music licensed by the legendary Café Del Mar. His last record was the most recent Palms & Charms pressing ‘Sweat on Velvet’, featuring remix from Pete Herbert. In addition to DJing, producing and running the label, Barnaby is also co-founder of the Afro-Cuban jazz group Banda Orbita. After his DJ set, he’ll also be playing percussion on the night.

Oh, and did we mention that Max, Sam and Barnaby are all brothers, playing a night together for the first time?

All Palms & Charms' vinyl releases (all including free downloads), plus limited edition T-shirts will also be on sale.