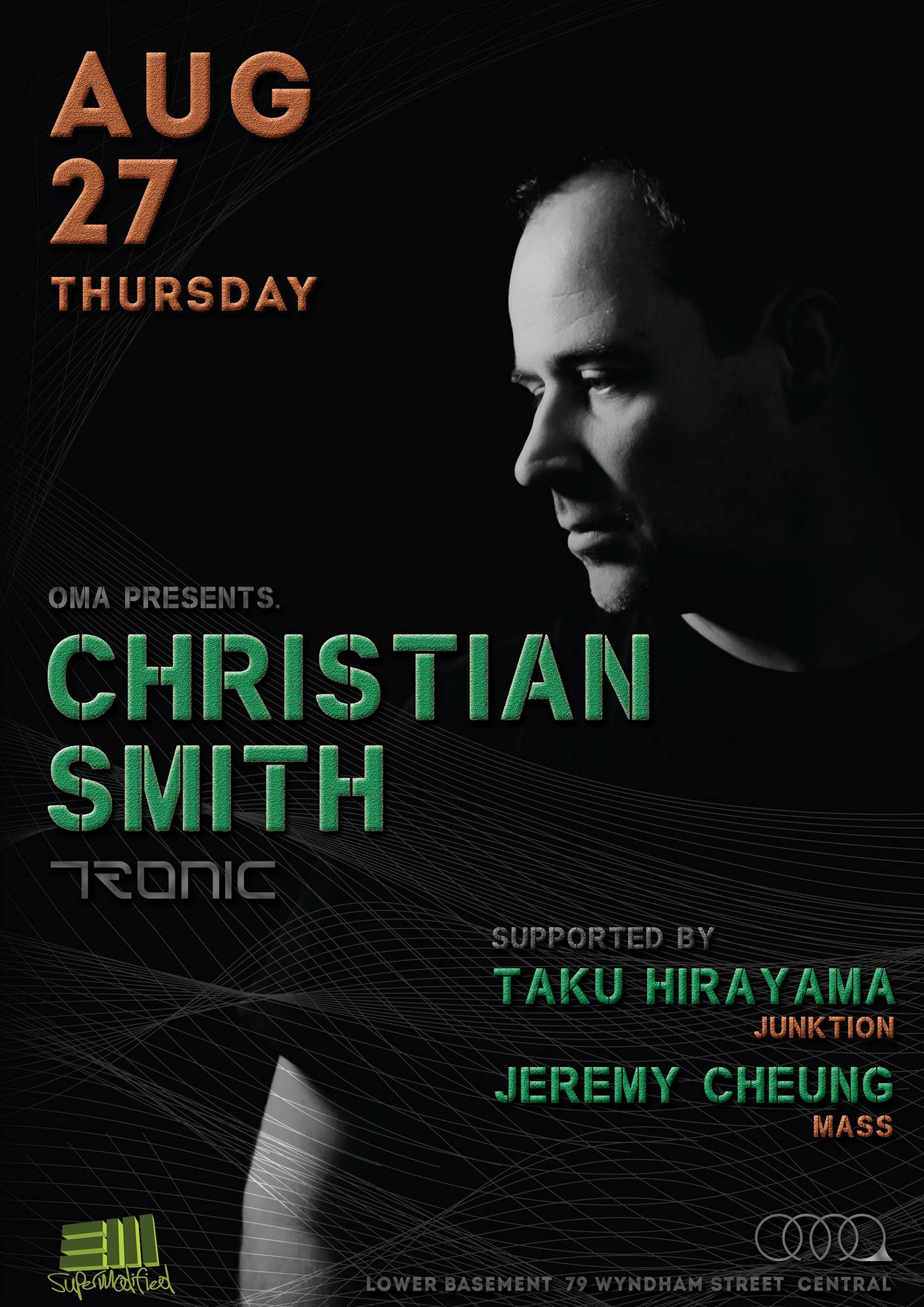 It was a secret gig only by personal invitation last year. And CHRISTIAN SMITH, a veteran Swedish DJ / Producer leading techno scene with his own label TRONIC for over 20years, is coming back on the decks at oma as the smallest club he's ever played.

Not for too many people but pure vibes would be promised with selective party freaks who is still looking for beats on Thursday night. Hot summer is here in Hong Kong and you must be thirsty. Not many chance to have decent techno party with international guest DJ in HK recently.

Let's turn up volume and party up.

Christian Smith is one of the world’s leading exponents of techno, both as a DJ and producer he is always bold and innovative, leading rather than following. With his output in recent years it is hard to imagine a list of prolific producers without his name towards the top.

He has consistently dominated charts and DJs playlists with a steady flow of releases on high profile labels like Plus 8/Minus, Cocoon, Bedrock, Mobilee, and his own Tronic imprint. Christian Smith has operated at the top of his game for over a decade now, with his trademark blend of high impact tech-house and groovy techno. His latest album "Stranger Than Paradise" (Tronic 2014), the follow-up to his critically acclaimed “Omakase”(Tronic, 2013), has secured worldwide praise with a superb dancefloor orientated selection of tracks that explore and showcase his various styles within the techno genre: musical, peak-time and minimal.

Christian’s Tronic label is also one of the top 3 selling techno labels in the world according to Beatport and Christian has also recently celebrated the landmark of Tronic’s 100th release. Another success story has been the launch of Tronic Radio, a weekly show now syndicated to over 100 stations around the globe. Christian’s touring schedule is busier than ever, including regular Tronic parties in London, Miami, Tokyo, Buenos Aires, Barcelona, Amsterdam, New York, Madrid. With yearly guest spots at Richie Hawtin’s “Enter” parties @ Space, Ibiza, and many Festivals around the world it is certain that Christian will maintain his relevance and position at the very pinnacle of electronic music.