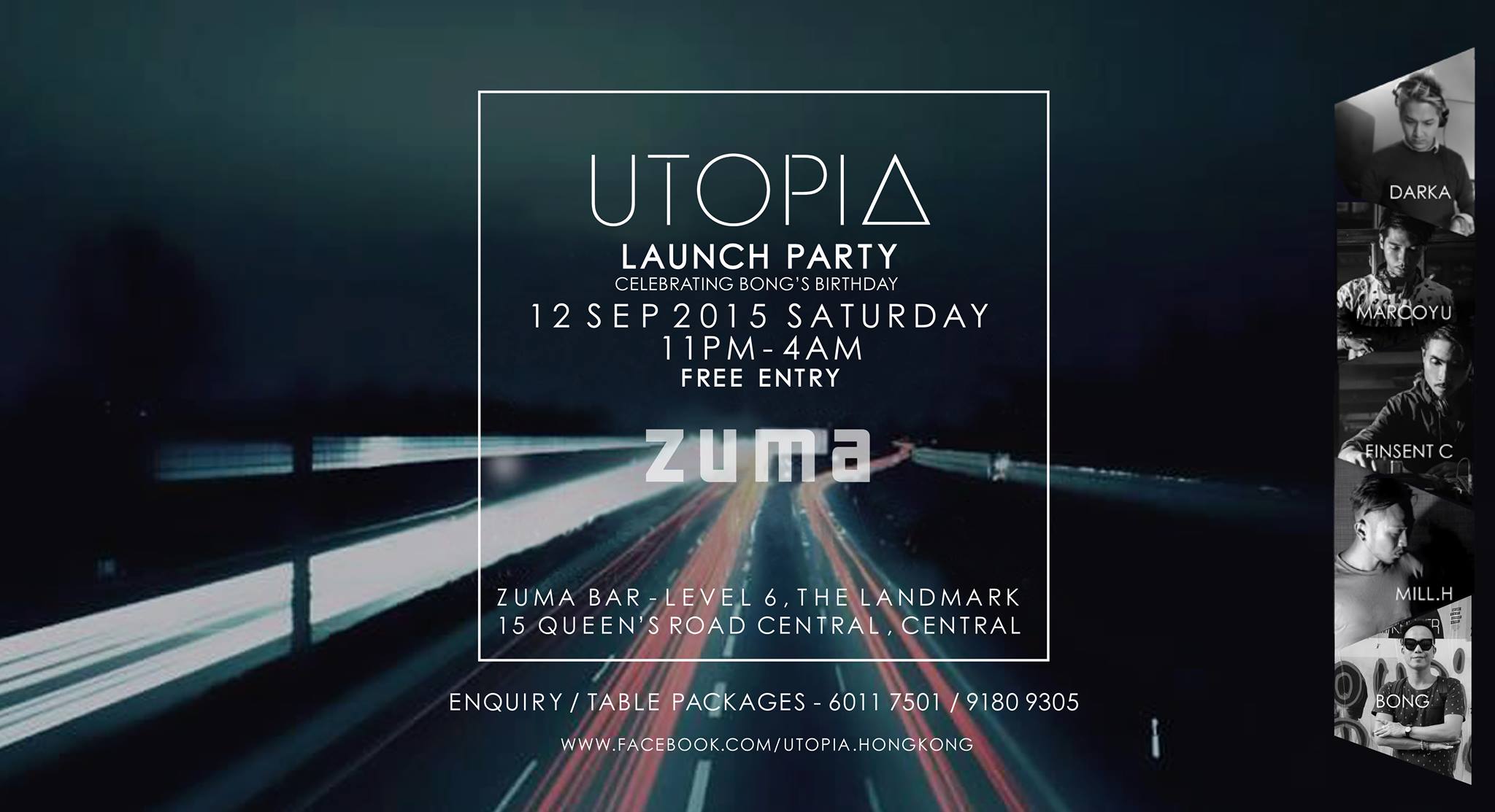 Get Ready to start on one incredible journey of music, light and drinks raising experiences with the UTOPIA Launch Party, come along and experience what yours COULD be like, and see who you may be spending it with.

This launch party will be an experience in itself with one solid night of tunes featuring ultra-modern and high-end décor, DJ booth in the middle of the bar as it is the centerpiece of the stunning new nightspot, slamming lineup of UTOPIA DJ crew as well as special guest DJ DARKA who is one of the well known DJ in Hong Kong for ages.

We are also celebrating a birthday of Bong who is our good friend as well as a promoter of UTOPIA.

DJ Darka
kicked off his DJ career in late 90s and was the champion of "Hong Kong Pioneer DJ Competition” in 2003. It was a milestone of his spinning career and made himself a well-known figure amongst dance floor. Since then, he has devoted all his vigour to the development of electronic dance music in Hong Kong.

This event will only be as big as we make it, so please share and invite your friends, this will be a night to remember.