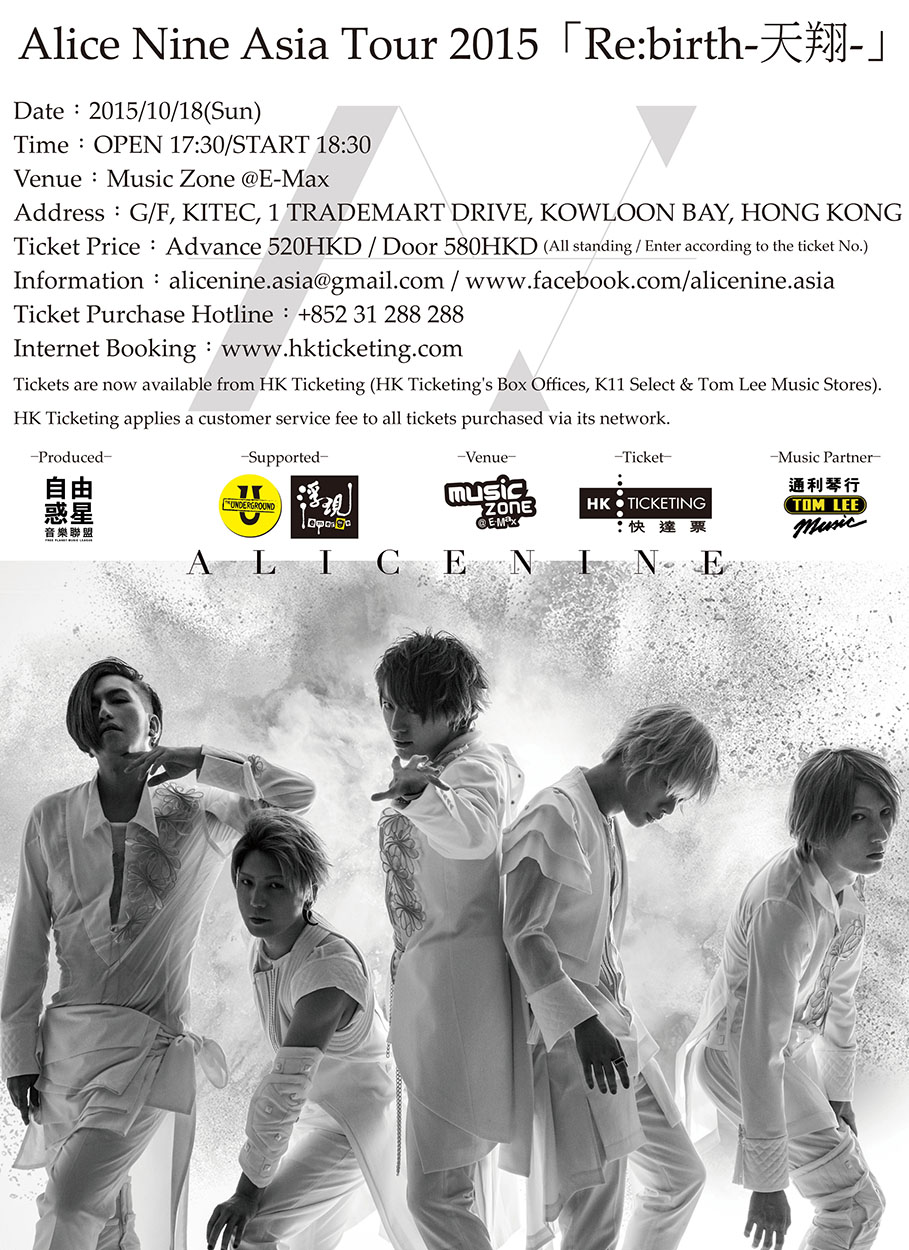 They are back! Japanese famous 5-piece Visual Rock band Alice Nine is coming to town this October! Alice nine celebrated their 10th Anniversary last year. Alice Nine have many fans overseas and they held their first Asian tour visiting 14 cities in 2014 with resounding success. In August of the same year, they left their previous label to open up their whole new music world and further develop their sound. After one year, Alice Nine is back and have restarted the band with new songs and a new image. They are going on another Asian Tour this year, which is named “Re:birth - Tenshou- ”. They will visit 10 cities in Asia after concluding their national tour, including Korea, Singapore, Malaysia, Shanghai, Beijing, Taiwan and also our town Hong Kong! Alice Nine Hong Kong Live will be held on 18th October in E-max. This is the second time for Alice Nine to perform in Hong Kong. Last time they were here was March 2014 and the live house was sold out with an over-joyed crowd. Alice Nine loves Hong Kong very much and is looking forward to meeting all their fans again in Hong Kong in October. Come to their live show this year in Hong Kong to experience the new Alice Nine after their rebirth. Get your tickets now!