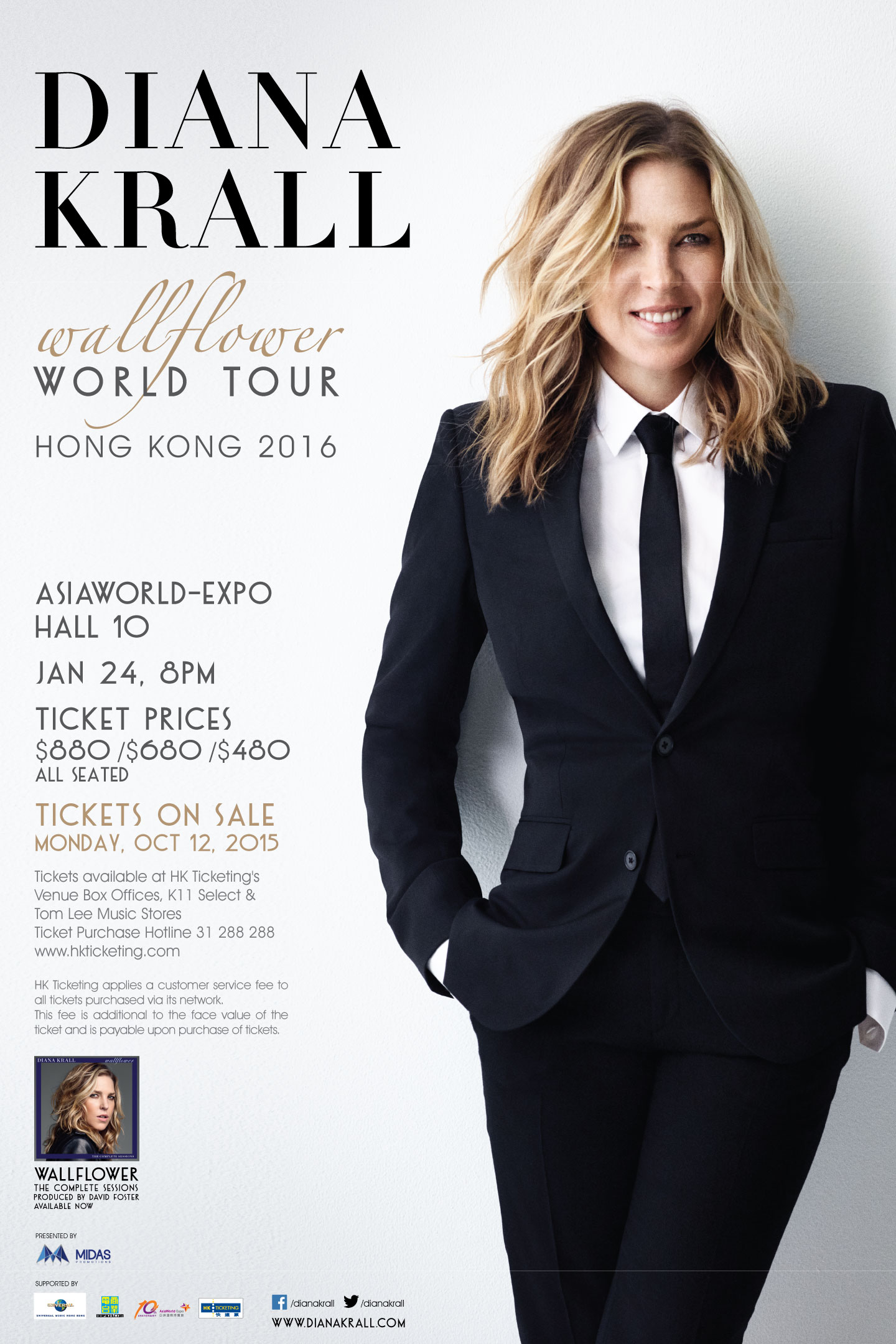 Music fans in Hong Kong are in for a treat as five-time Grammy Award-winning jazz pianist and vocalist Diana Krall is set to be in Hong Kong for a wonderful performance. Diana Krall Wallflower World Tour - Hong Kong 2016 will take place on 24 January 2016 at AsiaWorld-Expo.

One of the most accomplished and distinctive musicians of our time, Diana Krall’s artistry transcends musical styles. To date, she has sold more albums than any other female jazz artist in the last 30 years, making her one of the best-selling artists of her generation. Krall is the only jazz singer to have eight albums debut at the top of Billboard Jazz Albums chart. She has won five Grammy Awards, eight Juno Awards and has also earned nine gold, three platinum and seven multi-platinum albums.

Krall’s long-awaited twelfth studio album Wallflower was released this February, three years after her last album Glad Rag Doll, which went on number one in the US Jazz Albums chart. Produced by sixteen-time Grammy-winning David Foster, Wallflower is a collection of songs from the late 60’s to present day that inspired Krall in her early years, as well as a wonderful new composition from Paul McCartney, “If I Take you Home Tonight”. The album debuted at number two on the Canadian Albums Chart, selling 13,000 copies in its first week. In the United States, it entered the Billboard 200 at number ten with first-week sales of 44,000 copies, becoming Krall’s sixth top ten album on the chart.