Republic - Bringing the live to the vibe 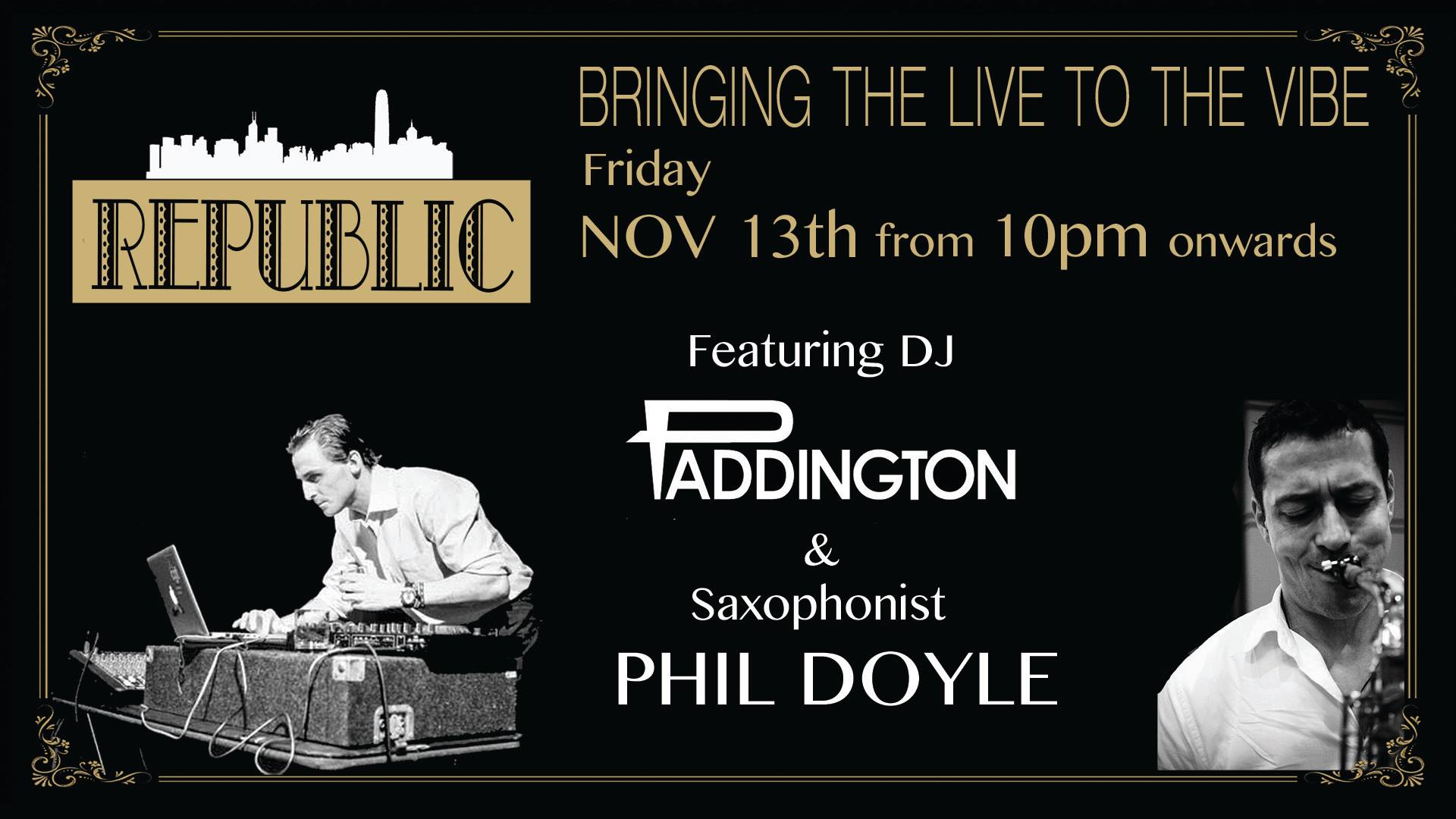 We're bring the live to the vibe this Friday the 13th featuring DJ Paddington who will be collaborating with saxophonist, Phil Doyle to put a new spin on old favourites from Ray Charles to Nina Simone and everything in between!

Phil first began playing saxophone in night clubs in the Amsterdam underground rave scene of the 90’s, he has since then worked with some of Europe’s top D.Js and musicians at some of the hottest clubs and events across the U.K.

Now residing in gorgeous Hong Kong, Phil is bringing the live to the vibe!