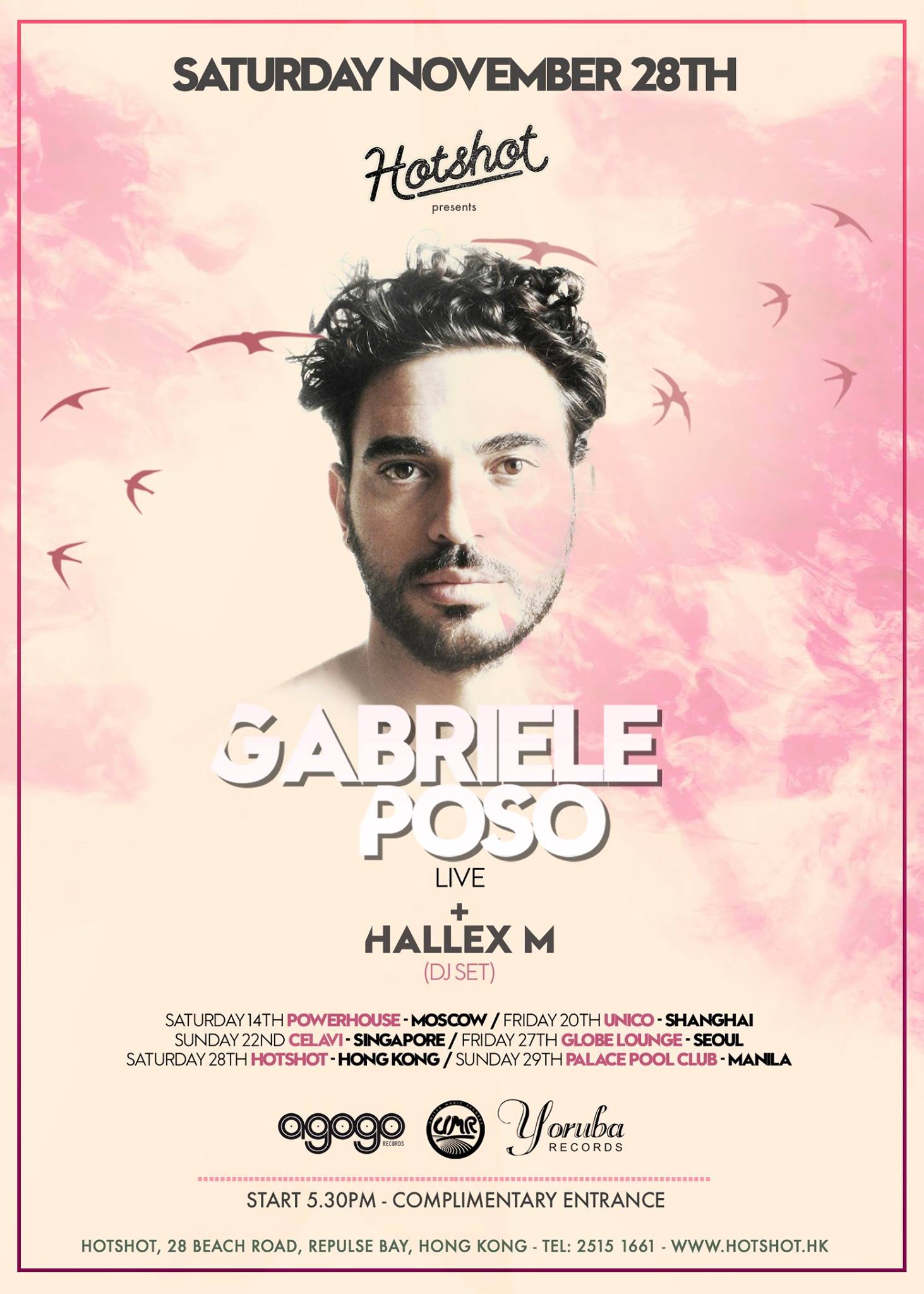 Raised in Italy currently based between south of Italy and Berlin.
Musical director of the The Yoruba Soul Orchestra of he ‘maestro’Osunlade side man from Nicola Conte, and many others project.

Gabriele delivered his last production “Invocation” the third solo album for the german label Agogo Records/!K7 recorded, played, performed and mixed completely by himself released in May 2015 following by the album remixes “Electric Invocation” featuring collaboration with artist such as Mark De Clive-Lowe, Osunlade,Atjazz, Karizma, Opolopo, Gerardo Frisina, and many others.

Gabriele Poso will be joined by Hallex M "Le Comptoir group Artistic Director" who will perfom a DJ set.

He has collaborated with other artists such Peven Everett, Osunlade, Djeff, Mr V, Sunlightsquare, Carlos Mena, Ezel, Tasita D’mour...and is currently in the studio working on his first full-length album for Yoruba Records.

The access to the live is complimentary and the bar will be open until 11pm.