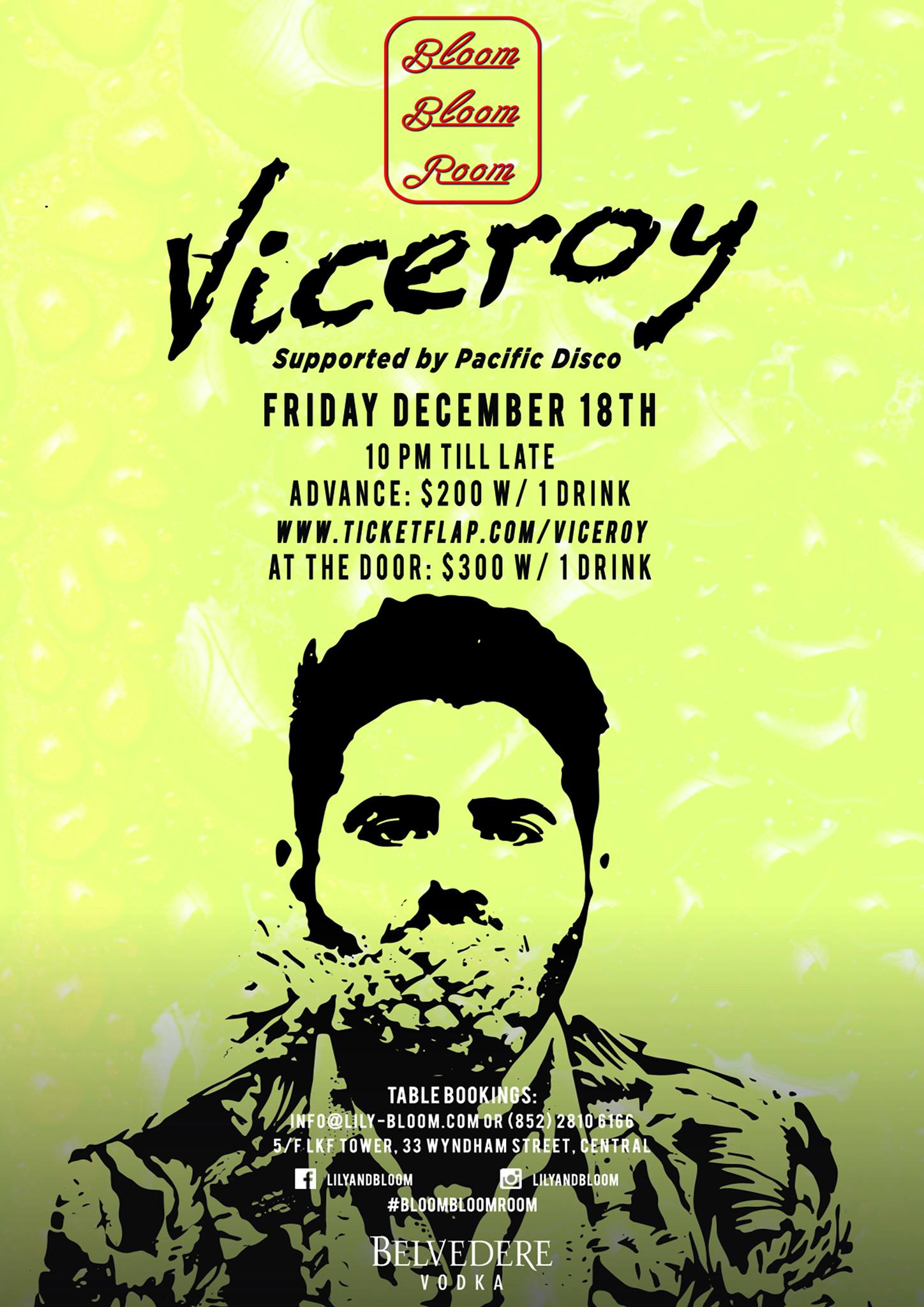 It's no question that Viceroy is one of the biggest names in dance music right now. With a stellar past year full of big-name collaborations, chart-topping remixes and buzz-blog no.1's, Viceroy is constantly making moves. With his "summertime all the time" motto fully emblazoned in everything he touches, 2013/14 saw Viceroy bring his unique brand of lush, tropi-cool house disco to clubs and parties across the world, including showcases at CMJ in New York, and tours across Australia, Asia and South America - soon no continent will be left untouched.
With the release of the sun-swept single, "This Life Feat. Penguin Prison" in 2014, along with the latest and now infamous edition of the "Jet Life" remix series, which included the smooth rework of Montell Jordan's "This Is How We Do It", Viceroy has been privy to exclusive remixes for well-established artists such as Lady Gaga, Maroon 5, R.Kelly, Passion Pit, Two Door Cinema Club and St Lucia to name just a few. Proving that Viceroy is both a production and DJ talent easily sitting at the top of the game, both his remix and original catalog have earned him coveted credits such as #1 on Hype Machine, #1 on Spotify Chart, #1 We Are Hunted for almost every release. 2015 sees him touring extensively as well as releasing a new single to kick start the new year. Add in over 5 million Soundcloud plays, countless mix tapes and exciting collaborations in the world of fashion and technology, the demand for anything Viceroy makes him one of the most exciting producers to watch this year.
Bringing a cool, "jams not bangers" attitude to his body of work, this year will see even more sun-drenched tunes full of addictive hooks that will well and truly make waves on your beach.