The Underground "Back to its Roots" Festival 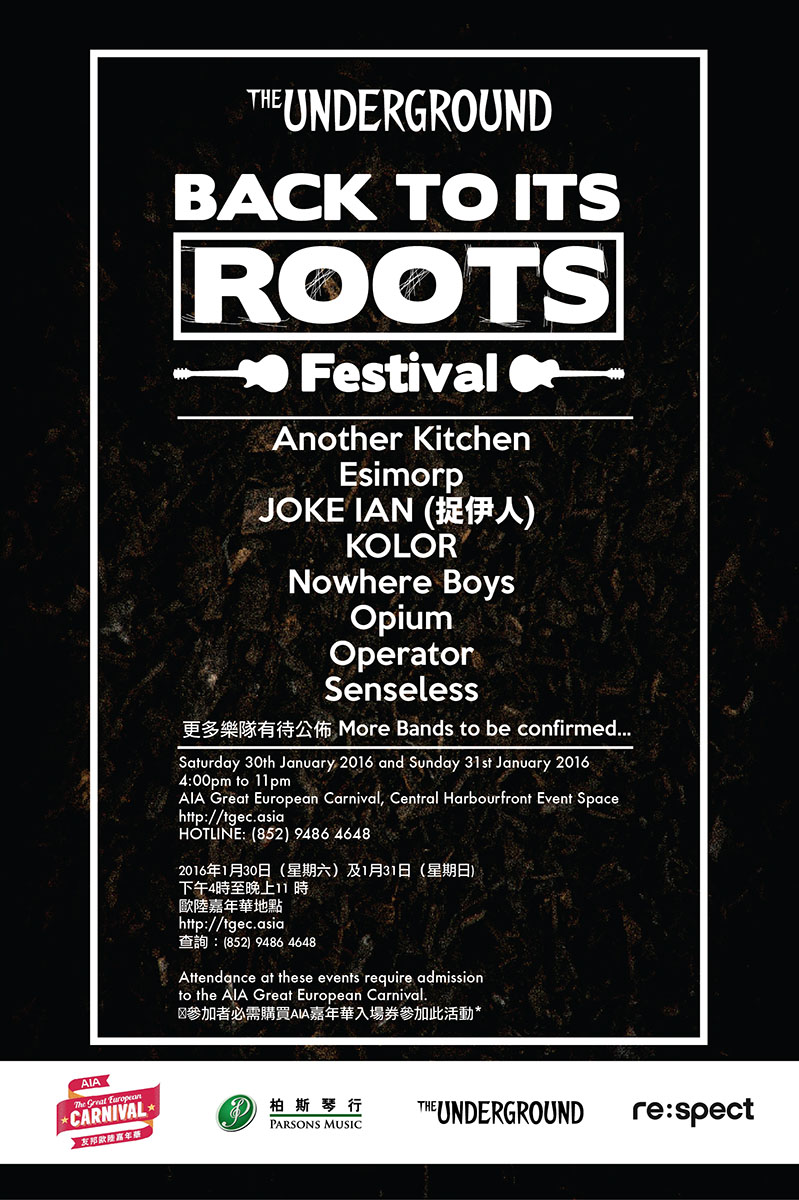 To celebrate 12 years in Hong Kong, The Underground is presenting a very special outdoor concert this month at the AIA Great European Carnival.
Over two days, exciting new artists will perform alongside established local heroes at the heart of the fabulous funfair set in the Central harbourfront.

Since 2004, The Underground has hosted more than 200 live shows, and has given countless bands a platform to get their music heard and reviewed. Come and toast 12 years of original, live music with a weekend of great bands, thrilling fairground rides – and trying your luck at the carnival game stalls to win a giant teddy bear!

Join us at the Central Harbourfront Event Space from 4pm ‘til 11pm on January 30 and 31.