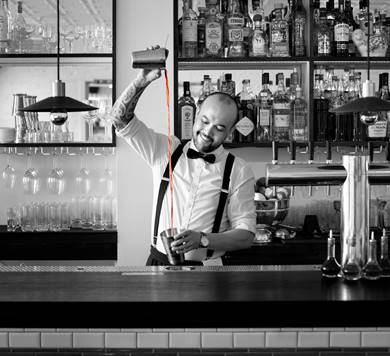 New York City based Australian Cocktail Guy and self-proclaimed “spirits evangelist” Naren Young is making his way to Hong Kong via the buzzy, chic bar at ZUMA Bar & Lounge on 2 and 3 February.

After making a name for himself in Australia and London, Naren moved on to concoct drinks at some of Manhattan’s most popular bars and restaurants including La Esquina, Locanda Verde, The Dutch and Saxon + Parole. In Hong Kong for two days only, Naren will bring his fresh and unique flavours to Hong Kong in the form of five cocktails:

· Point Blank, a Johnnie Walker Black based cocktail mixed with vermouth and the fresh flavours of St. Germain

· The Unlikely Negroni, a twist on the traditional Negroni made with tequila, coconut and banana liquor with hints of pineapple and Thai chili

· The Chamomile Sazerac, a light and fresh take on the traditional version with the added flavours of absinthe and bitters

· The Diamond Fizz, a twist on the whiskey sour made with Tanqueray 10 gin, lemon and egg whites

· The Banana Old Fashioned, made with rum, sherry and fresh banana

Naren will be serving drinks at ZUMA on 2 and 3 February from 6 to 10pm and will be available for interviews from 1 to 2pm.