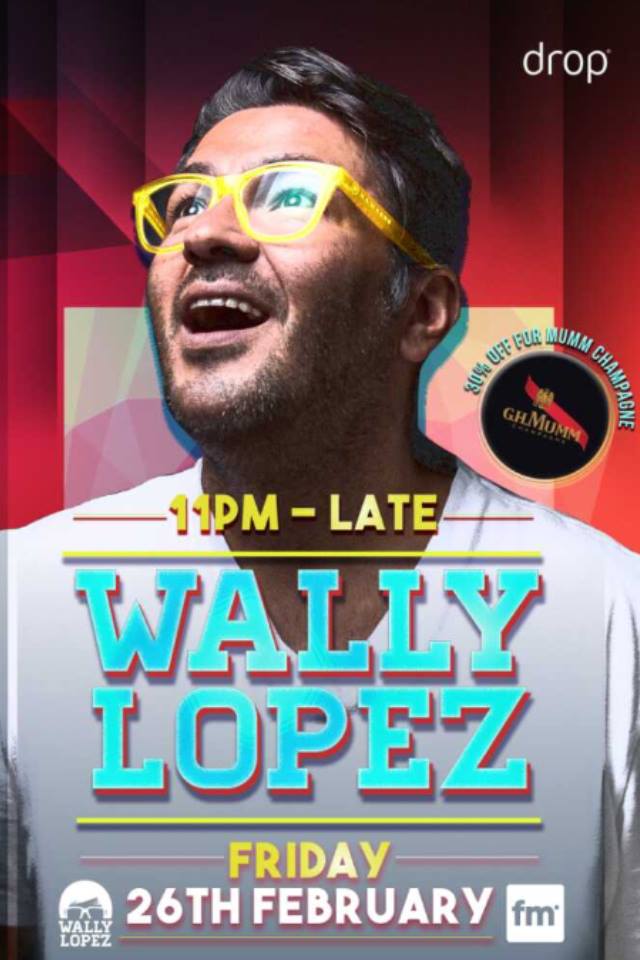 Wally Lopez has seen enormous success travelling the world as a DJ and producer, with innumerable accolades and achievements. In his words he has been ‘living la vida loca’!

In 2008, Madonna chose him as the guest artist for her concert in Spain during the “Sticky and Sweet” tour. In the same year he joined Space Ibiza for the next 4 years on BE SPACE, sharing the booth with Danny Tenaglia and Armin Van Bureen. He also began La Factoria Radioshow on the Spanish #1 dance radio station Maxima FM.

Wally is the founder and CEO of Factomania group which includes labels, a music and DJ academy, publishing company and DJ agency. In 2013 he made a pop album “Follow Me” for EMI music, collaborating with Jamie Scott, Ron Carrol, Sister Bliss from Faithless, EMF’S Ian Dench and Jasmine Villegas on “Now is the time”, the song that Pepsi chose for their summer campaign.

In 2014, he broadcast his biggest radio show ever joining Europa FM with a nightly radioshow called Insomnia, and 2015 saw him to return to Space Ibiza.

His tracks have been heard worldwide from the Victoria’s Secret catwalk to Top of the Pops, and he’s performed everywhere from the LA Playboy Mansion, to the London Olympic Games!

Drop is excited to welcome him back once more!