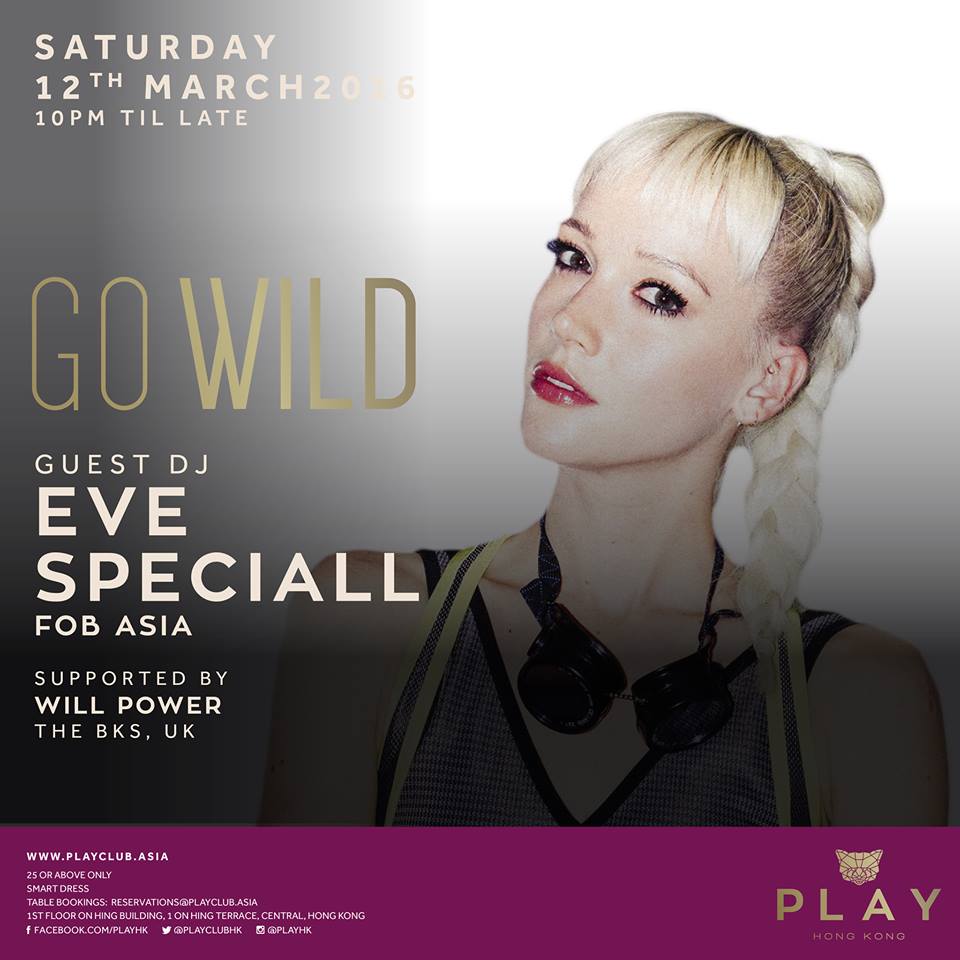 Supporting:
Will Power (The Bks, UK)

Based between Hong Kong and Los Angeles, Eve's work has also taken her to DJ in Shanghai for Lane Crawford and Absolut, Manila for the Magnum Cafe Launch & Vero Moda, Myanmar for TS1 Opening and Las Vegas for the Launch of the Delano.

Eve's modelling career has also hit new heights. Signing with Ford Models, Eve starred in Tiesto's music video "Light Years Away" and has television commercials on air in the US for True Religion, Burger King and Cadillac. In between the photoshoots and jet setting DJ lifestyle, Eve launched her first fashion collaboration with Hong Kong label W.I.P, an urban street-wear collection available in store now.

Will Power (The Bks, UK)

DJ, producer, model and founder of 'The Books’, Will Power is a pretty cool kid. 'The Books' hosts some of the trendiest DJs around the world, who Will currently plays and collaborates with. As well as his own nights, Will has DJ residencies in clubs all over the globe, features regularly on various radio stations and has numerous tracks released on underground labels.

He has featured regularly on BBC Radio 1, 1xtra, Capital, and Kiss FM – with a string of guest mixes and interviews. He has also produced remixes for Tinie Tempah, Bondax, Rizzle Kicks, Jason Derulo & Wiley, attracting support from tastemakers such as Monki, Danny Howard and DJ Target.