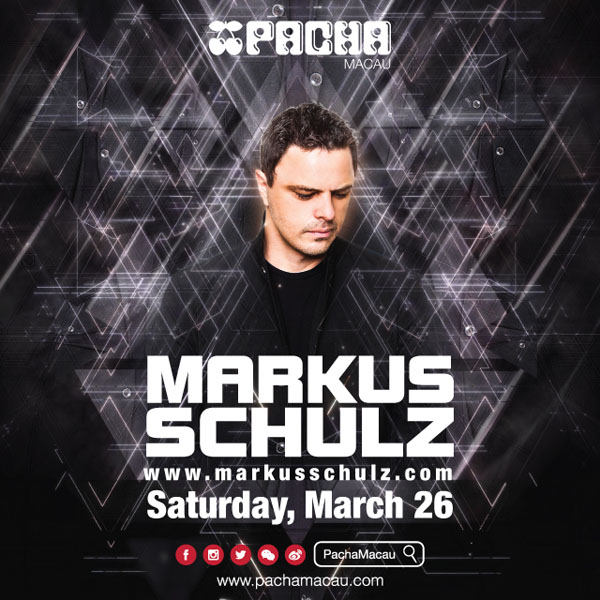 With over 10 years of experience, the owner of the label Coldharbour Recordings Markus has crafted his individual musical identity with the fusion of progressive, trance and house music.

In 2008, Schulz broke into the #10 of DJ Mag’s Top 100 chart and has maintained a successive run of high-ranking positions ever since.

Holding the 2012-2013 title of "America's Best DJ" attributed by DJ Times Magazine, Markus Schulz is responsible for one of the longest running and most respected compilation album series in Trance history.

He has played at over 150 gigs every year, he has become the busiest international DJ playing out of the United States and is now a regular fixture at the world’s biggest & most famous clubs, arenas and festivals including Tomorrowland, Creamfields, Space Miami, Avalon LA and Amnesia Ibiza among much others.

Join history in the making on Saturday, March 26, 2016 with Markus' debut at Pacha Macau.

From 9PM till late