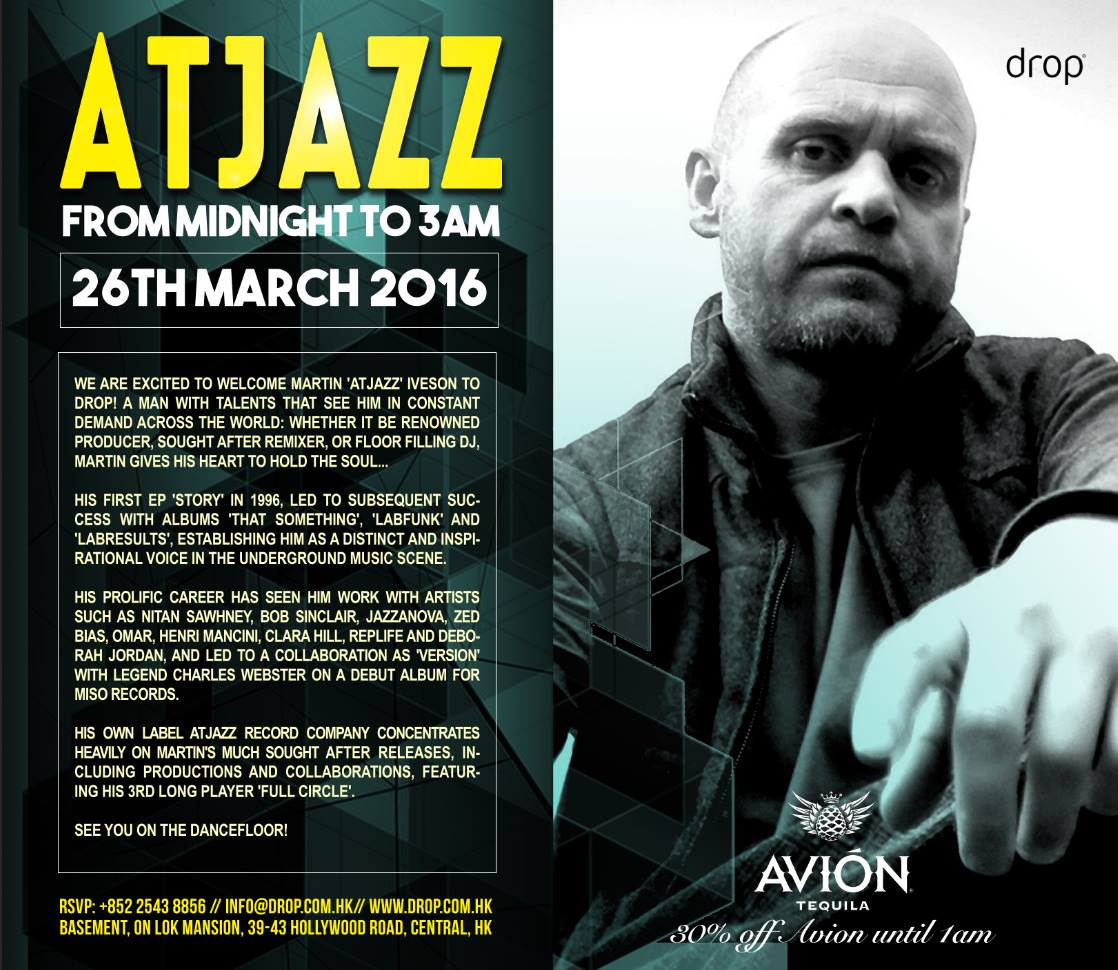 We are excited to welcome Martin 'Atjazz Iveson to drop! A man with talents that see him in constant demand across the world: whether it be renowned producer, sought after remixer, ot floor filling DJ, Martin gives his heart to hold the soul...

His first EP 'Story in 1996, led to subsequent success with albums 'That Something', 'Labfunk' and 'Labresults', establishing him as a distint and inspirational voice in the underground music scene.
His prolific career has seen him work with artists such as Nitan Sawhney, Bob Sinclair, Jazzanova, Zed Bias, Omar, Henri Mancini, Clara Hill, Replife and Deborah Jordan, and led to a collaboration as 'Version' with legend Charles Webster on a debut album for Miso Records.

His own label Atjazz Record Company, concentrates heavily on Martin's much sought after releases, including productions and collaborations, featuring his 3rd long player 'Full Circle'.
See you on the dancefloor!!!!!