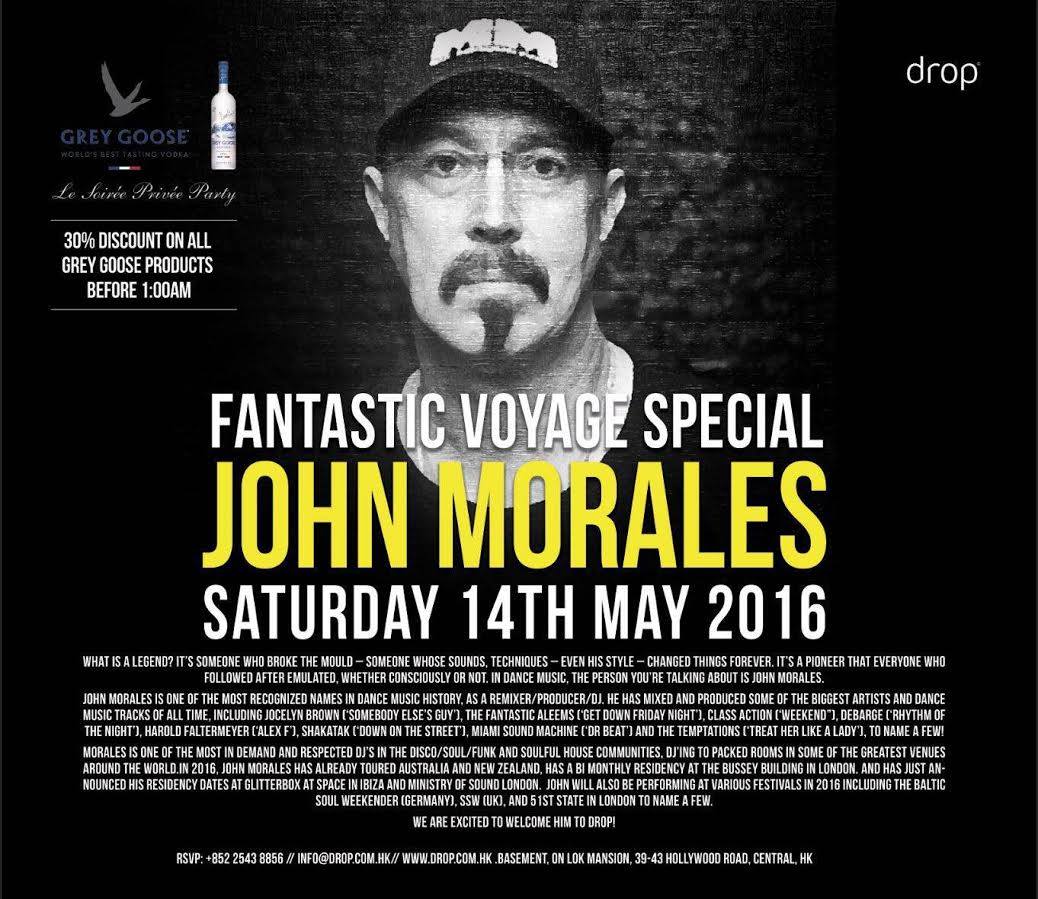 What is a legend? It's someone who broke the mould - someone whose sounds, techniques - even his style - changed things forever. It's a pioneer that everyone who followed after emulated, whether consciously or not. In dance music, the person you're talking about is John Morales.

John Morales is one of the most recognized names in dance music history, as a Remixer/Producer/Dj. He has mixed and produced some of the biggest artists and dance music tracks of all time, including Jocelyn Brown ('Somebody Else's Guy'), The Fantastic Aleems ('Get Down Friday Night'), Class Action ('Weekend'), Debarge ('Rhythm Of The Night'), Harold Faltermeyer ('Alex F'), Shakatak ('Down On The Street'), Miami Sound Machine ('Dr Beat') and the Temptations ('Treat Her Like A Lady'), to name a few!

Morales is one of the most in demand and respected DJ's in the Disco/Soul/Funk and Soulful House communities, DJ'ing to packed rooms in some of the greatest venues around the world.

In 2016, John Morales has already toured Australia and New Zealand, has a bi monthly residency at the Bussey Building in London, and has just announced his residency dates at Glitterbox at Space Ibiza and Ministry of Sound London. John will also be performimg at various festivals in 2016 including the Baltic Soul Weekender (Germany), SSW (UK), and 51st State in London to name a few.

We are excited to welcome him to drop!