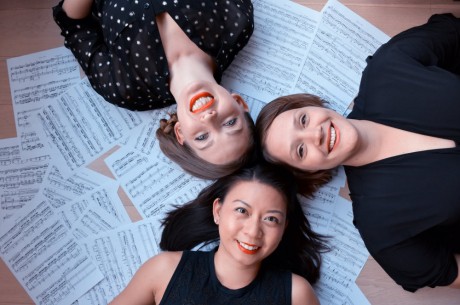 Join Western District in a stroll down the Seine as we travel from café to concert hall. Come hear French chansons alongside works by the classical masters, from Edith Piaf to Erik Satie.

Since forming in the fall of 2014, the group has hit the Hong Kong music scene with a bang, selling out the city’s hottest venues, being featured on CNN Español for its innovative tango shows, performing live on RTHK Radio 3, and even appearing in a television commercial.  The ensemble was also nominated as Hong Kong’s Best Band by HKELD.

A highlight from their exciting lineup for 2016 is City Impressions, the world première of a multimedia new music project – featuring music by composer Joyce Tang and images by photographer David Clarke – commissioned by the ensemble, with sponsorship from CASH Music Fund in Hong Kong.  Western District will also present its annual music series at the Fringe Club, and will produce the Asian première of John and Jen, a two-person chamber musical that looks at a family’s ever-changing relationships.

Western District brings together award-winning musicians with extensive performing experience around the globe, from Lincoln Center and Carnegie Hall in New York to Orange Peel and the Cultural Centre in Hong Kong.  The group arranges and performs a wide range of music from Baroque to rock, and works extensively with composers, frequently commissioning and premièring new works.