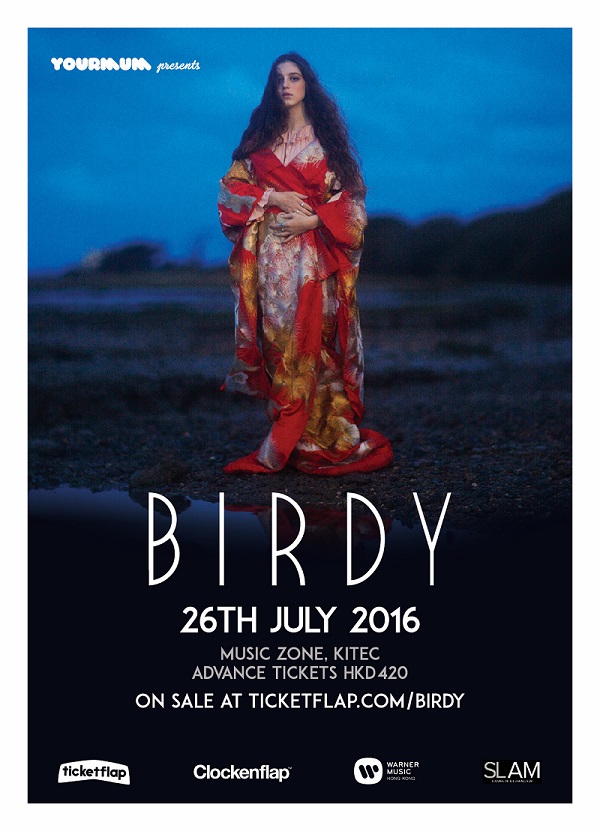 Continuing YourMum’s live series of shows, Birdy will make her Hong Kong debut with us on the 26th July at KITEC Music Zone.

The English singer songwriter has already sold over 10.5 million records worldwide to date, accumulated over 413 million YouTube views, won a multitude of awards and performed all across the world.  All this and has only just recently turned twenty years old.

Birdy shot to popular consciousness at the age of 14 with her cover of Bon Iver’s 'Skinny Love’.  Her self-titled debut album followed in 2011 adopting the number 1 spot in numerous countries, followed by ‘Fire Within’ in 2013.  Her latest LP ‘Beautiful Lies’ was just released in March to wide acclaim.  The album featured a production team who worked with artists including: Adele, Arctic Monkeys, Florence and the Machine, London Grammar and more).  Birdy has also written songs for the hit movies The Fault In Our Stars and The Hunger Games, as well as sung on the Mumford & Sons Grammy winning song “Lean Me Right”.

Playing only a select few Asian dates this year, this show represents the rarest of chances to catch such a rising star in her ascendency. Do not miss out!